The present study aimed to explore the impact of the morphological complexity on the attentional scaling hypothesis, which postulates a perceptual distortion of the spatial words extension due to the relative importance of different parts of the stimuli. In particular, since the beginning of words is more salient for lexical access, its perceptual centre is perceived toward the left. In the current study monomorphemic words, compounds (noun-noun compounds, pseudocompounds and false compounds) and lines were submitted to a computerized bisection task. The results show a leftward bias in all types of stimuli, that is maximized in verbal stimuli compared to lines. Moreover, the morpho-lexical factors were shown to play a critical role in modulating the bisection of compounds, suggesting that the bias is partially independent from the visuo-spatial characteristics of the stimuli. 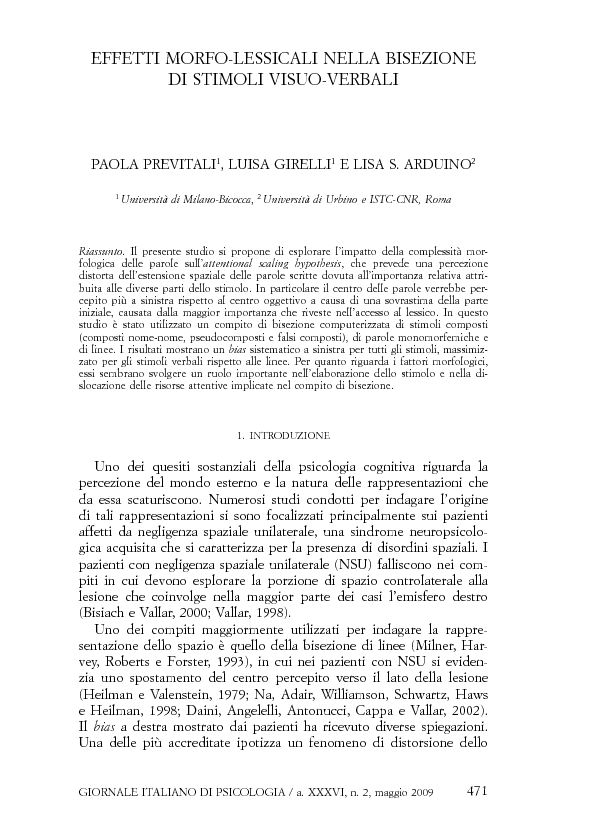