The Di Bella Case raises issues concerning the relationship between people, the illness and its treatments, pointing out the existing conflict between the "consensual" - the public opinion and the common sense on one hand - and the "reified", the science, the official medicine and the institutions on the other hand. This conflict is interpreted in the light of the Social Representations Theory and with reference to a conception of the common sense that recognizes its rational and critical skills. At the same time, this case is placed within the Italian situation of the Nineties to explain its origin and development. Because of the priority role attributed to the mass-media, which have built the Case, this research analyses all the articles on the Di Bella Case published in "Panorama" and "L'Espresso", by experimenting the integration of two qualitative and quantitative methodologies. The contrasts between the veneration of the science and the emotional irrationality of the "masses" emerge and, at the same time, a positive role to the public opinion as bearer of justified needs, opposing to the closed official medicine is recognised. Moreover, the possibility of a dialogue between the "citizens", as aware actors of the common sense, and the medical science appear. 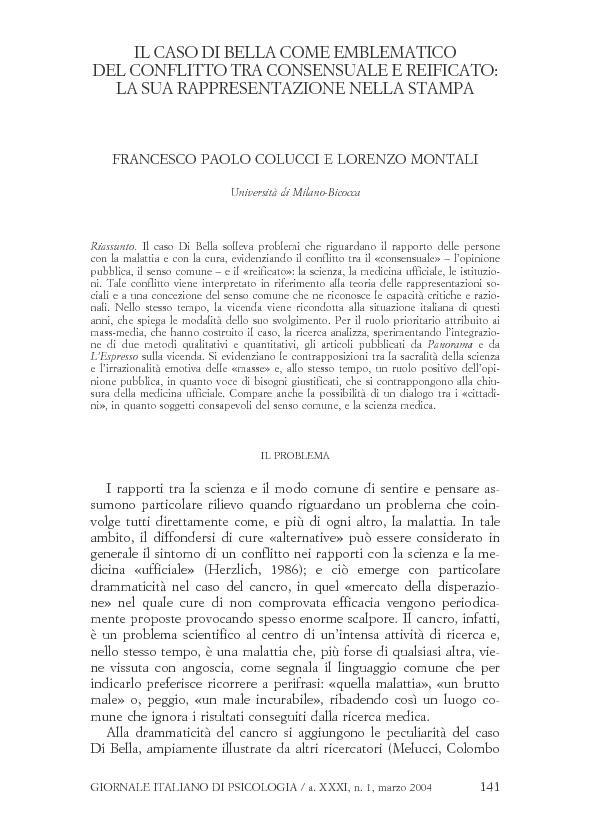