During the Roman empire Greek speakers spent several centuries in contact with, and politically subordinated to, Latin speakers. This contact led to the use of Latin loanwords and codeswitches by Ancient Greek speakers ✲ but how can we tell which words were which? Linguists offer various criteria for identifying loanwords, including phonological, morphological, and graphemic adaptation. In English, these criteria make it relatively straightforward to separate loanwords from codeswitches, though of course there will always be a gray area of words that are genuinely on the borderline. But because Ancient Greek handled foreign words very differently from English, the application of the same criteria is much less effective in Greek. Most codeswitches display both graphemic and morphological adaptation, but some loanwords have neither, and some multiword phrases may have been loanwords. This paper explores the challenges to our understanding of lexical borrowing presented by the Greek situation, and the advantages of taking evidence from the sixth-century (AD) legal writer Theophilus Antecessor. 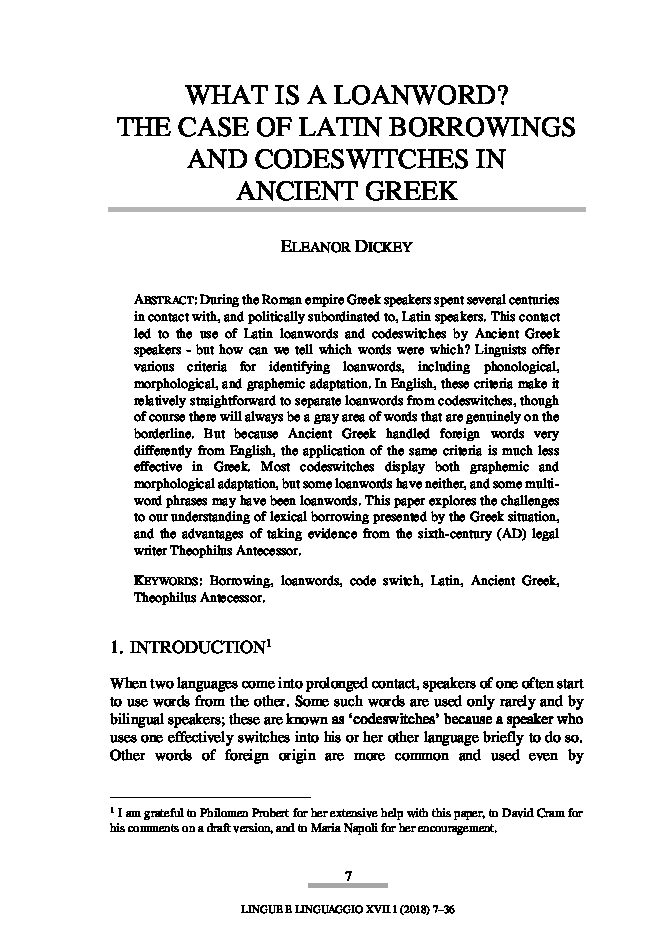