The Creole language of French Guiana possesses a morpheme, sa, that functions as both a copula in sentences with nominal predicates and as a demonstrative (Fauquenoy-Saint-Jacques 1972). The demonstrative is used as a resumptive pronoun which refers to a topicalized noun in left-dislocations where it means 'it/this/that'. This paper provides new evidence that the copular and pronominal functions of sa may be carried out by two separate items, one copular (sacop ) and one pronominal (sapron ), which are structurally distinct from one another. Based on data collected from oral corpora, it is shown that sacop and sapron are different in terms of their syntactic position, referential behavior, and distribution with regard to predicate types. Despite this distinction, however, the two items may be diachronically related. This paper thus provides support for theories advocating the reanalysis of pronouns in topic-comment constructions as copulas (Li & Thompson 1977; Katz 1996; Diessel 1999; Van Gelderen this volume). 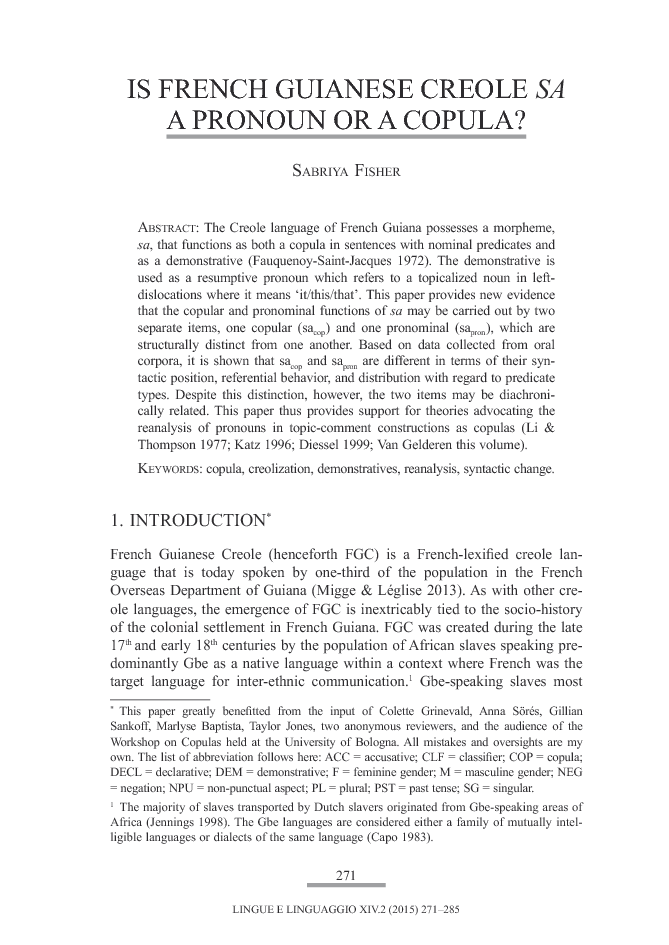