This contribution deals with the relation existing between the Chomskyan program in linguistics and the theory of meaning. In particular, it tries to individuate the intellectual sources and the deep motivations of Chomsky's ambivalence towards a theory of meaning. In doing so, it also tries to elucidate some controversial aspects of the most recent version of Chomskyan linguistics, the so-called "minimalist program", which embodies the arguably contradictory claims that language is an independent incapsulated module whose existence cannot be clarified by natural selection and that language is a "perfect" system in its interaction with the systems of use. In his philosophical essays, Chomsky seems to acknowledge that a large part of the studies in formal semantics should actually be integrated into a theory of formal syntax. This kind of "broad" syntax, whose theoretical vocabulary clearly contains terms that are sensitive to the relation between linguistic and extralinguistic objects, is thus distinct from the kind of "narrow" syntax that is presently investigated within the minimalist program. What remains problematic, in this perspective, is Chomsky's identification of the language faculty with narrow syntax, that is, the exclusion of important aspects of the speaker's semantic competence - as is investigated in the tradition of formal semantics - from the core of the "computational" system. This attitude has arguably prevented a more fruitful convergence between Chomsky's program and Davidson's program in semantics, i.e. the tradition of studies in logical syntax. 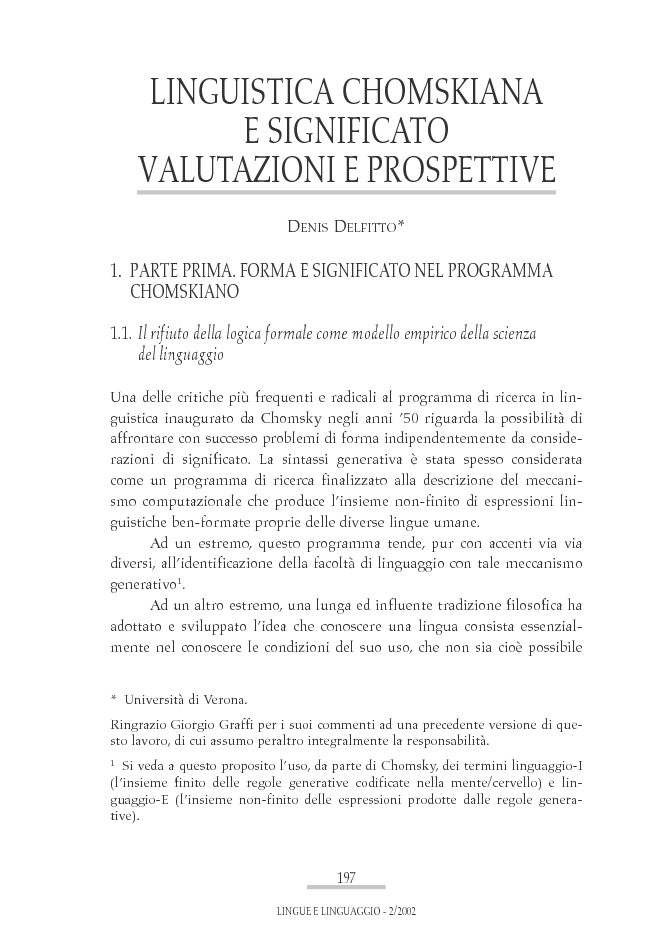