This article explores the link between the notion of "neuter" gender and default in Dutch, a language that does not make the familiar distinction between masculine and feminine nouns, but opposes non-neuter nouns to neuter nouns. In trying to extend to Dutch the analysis of "neuter" as a default pronoun in Spanish and Catalan (cf. Picallo, 2005, this volume) - which lacks both gender and number - we raise the following two puzzles: (i) what distinguishes default het from non-default het, (ii) why isn't het the default choice in Child Dutch? On the basis of an analysis of various constructions involving default het, we offer a new perspective on these puzzles that show that both in adult and child language the alleged default 'determiners' are of a different nature than previously assumed. 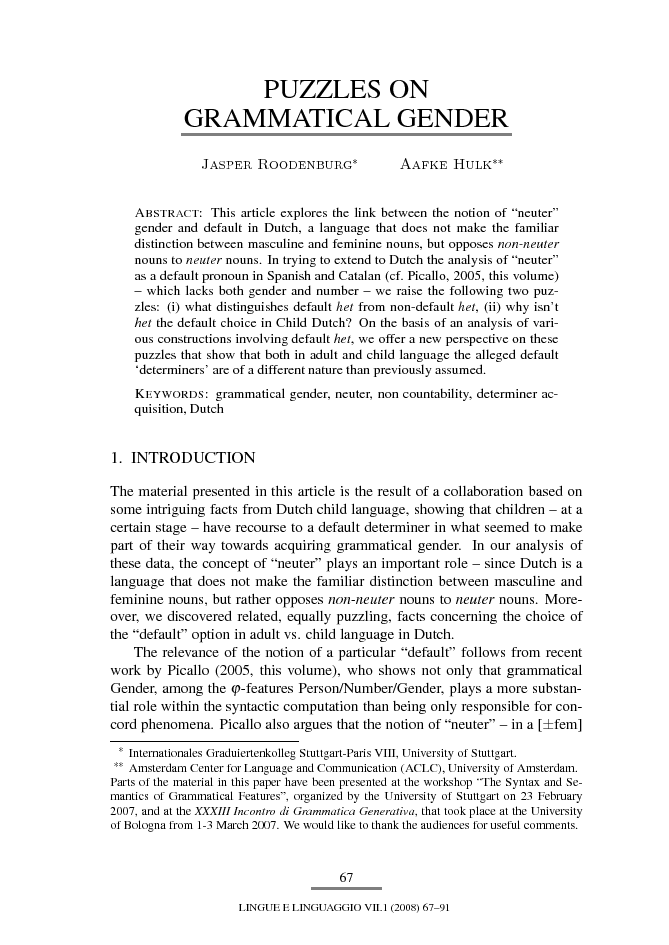