Travesti is a term of French origin, widely employed in theatrical language to refer to a role assigned to an actor of different sex from that of the character, and specifically in opera to male characters composed for soprano, mezzo or contralto female voices. The semantic breadth of the term and its treatment in the main Italian, French and English dictionaries are examined; the earliest attestations of the form are investigated. In all three languages it occurs originally in the expression en travesti, which is not recorded in French lexicography, respectively in 1824 in French, in 1857 in English and in 1911 in Italian. En travesti is widely employed in contemporary Italian to refer to men dressed as women, also outside the theatrical context. 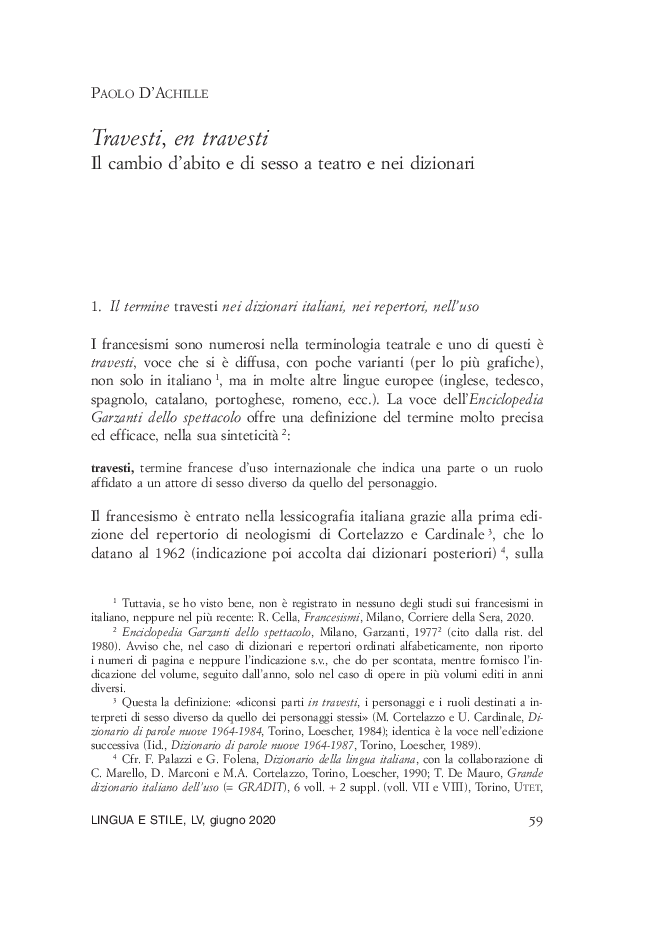