The main objective of this article is to examine the importance of the notion of techne, intended as the systematic application of human intelligence to a limited framework of reality, in the Greek political thought between the fifth and the fourth century B.C. Firstly, the author analyses the Platonic dialogues, concentrating on the myth of the cosmic cycles of the Statesman and on the narrative of the origins of civilisation of the Laws. In both these cases, the politics is assimilated to a technique characterised by a high level of complexity and artificiality, which requires a specific competence. Secondly, the author proposes an inquiry upon the third book of Aristotle's Politics, in which the Stagirite tends to refuse the hypertheoretical and hypernormative dimension of Plato's reflections and to blur the importance recognised to the relationship between political ability and technical knowledge. Nevertheless, the author argues that the artificialist perspective is still present in Aristotle's works, confirming the diffusion of this paradigm even in the early stages of Western political thought. 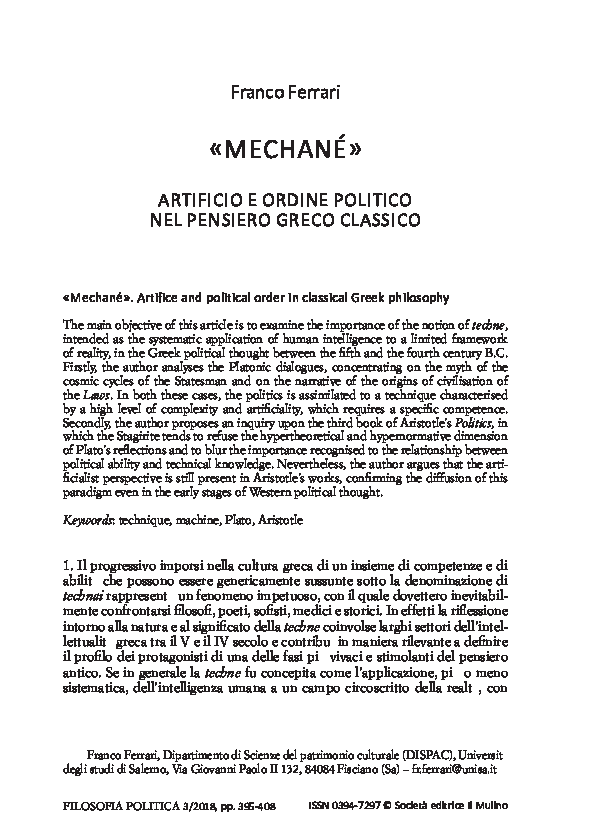