Autonomy, the ability to live one's life according to reasons and motives that come from within rather than being the product of external forces, has been more and more appreciated in contemporary philosophy and society. Paternalism, interventions against an individual's will for her own well-being, has instead lost its intellectual appeal. Recent findings in neuroscience seem to show that in some circumstances - drug addiction, being exposed to media violence - unconscious neuronal mechanisms prevent the person to flourish in accordance with her autonomy. In those cases, political philosophers may ask themselves whether some form of paternalism can be justified. The paper discusses such examples of new paternalism drawing on empirical knowledge and conceptual analysis. 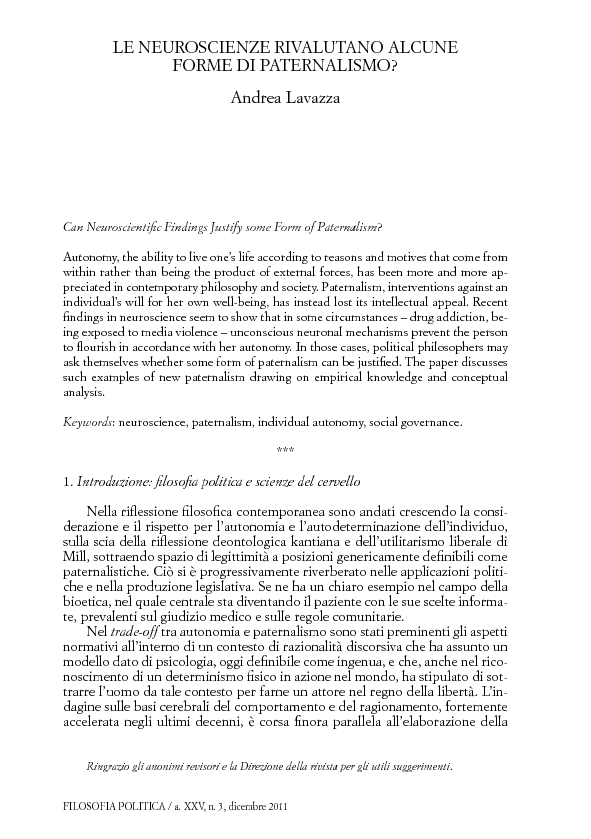