The author investigates the notion of «liberal individual», both historically and theoretically, to evaluate if it is still of any use at the beginning of the new millennium after the criticism levied at it by all sorts of post-modern thought. The author shows how the concept of (liberal) individual is still very much in currency in political philosophy, especially in Anglo-American philosophy. Furthermore, it lies at the foundation of the philosophical project of John Rawls. The author concludes by examining Rawls' response to his critics, especially the Communitarian authors (such as MacIntyre and Taylor), and the work of Martha Nussbaum, whose «capabilities approach» promises to deliver a notion of individual which is both theoretical sound and historically situated. 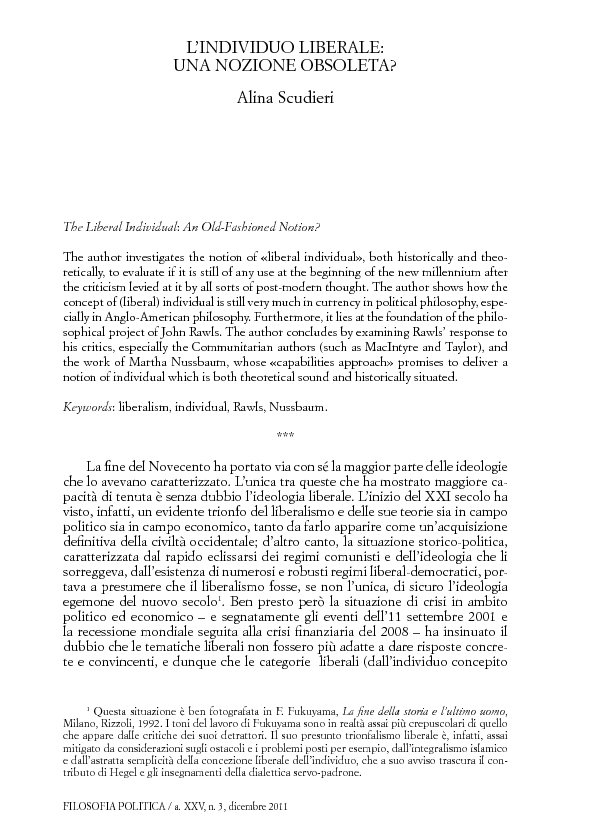