The essay analyzes Marcel Gauchet's interpretation of the question of the subject and its contemporary crisis. Gauchet's historical-anthropological approach is introduced by giving an account of his implicit dialogue with Michel Foucault's legacy, and by presenting the general interpretation of the «departure from religion». Once the religious form of otherness declines, the subject - that is, the individual - has to face what escapes and precedes him, that is his inner historical, social and biological determination, his «constitutive opacity». In this perspective, naturalization, i. e. the refusal of culture as an instrument of man's self-definition and the denial of the constitutive opacity of the subject, is conceived as the implicit danger of the process of individualization that took place during the '80s. 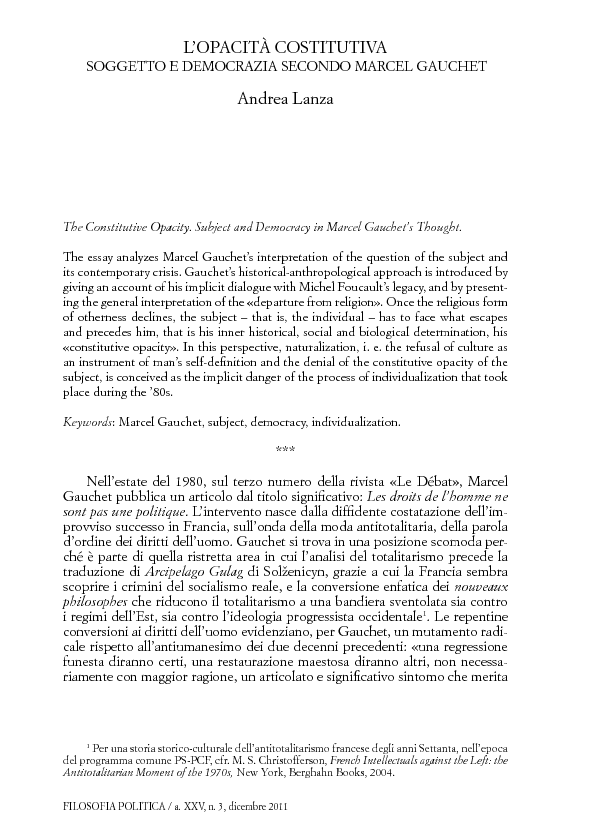