The Author points out three ways of reading the Spanish guerrilla against Napoleon: the instrumental, the control reading and the nomic one. According to the first one, the historians have primarily tried to ascertain whether the guerrilla factor determined the outcome of the war; the control reading pretends that no guerilla theory could or should emerge because the need for domination felt as primary by the Spanish governing bodies; the third one concerns Schmitt's recognition of the partisan as the figure of a concrete and contingent enmity. A fourth regime (transcendental or quasi-transcendental) is then added to refer to what Schmitt would have called «political intensity» as opposed to the Hegelian «world spirit». When it is read through the lens of Schmitt's Partisan Theory, the Spanish guerrilla appears as a movement of «constitutive deconstitution», where the subaltern resist as such to hegemonic appropriation and express a political intensity which is non-theoretical while, at one and the same time, is the point of articulation of any theory whatsoever. 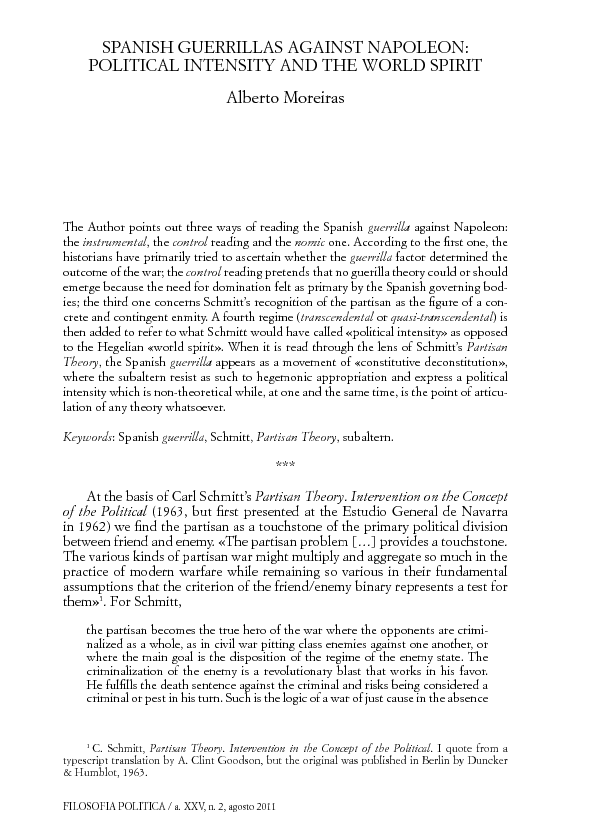