Bernard Williams is one of the most important contemporary philosophers, particularly known for his work in the moral field. Princeton University Press has published three posthumous collections of essays: In the Beginning was the Deed. Realism and Moralism in Political Argument (2005), The Sense of the Past. Essays in the History of Philosophy (2006), and Philosophy as a Humanistic Discipline (2006). In the Beginning was the Deed is a significant attestation of Williams's deep and constant concern for political philosophy. Focusing on the most important issues of the last decades, from human rights to the grounds of liberal thought, from liberty to equality, Williams challenges the utilitarian and rawlsian approach to political philosophy, arguing against what he defines "moralism" in favour of a realistic consideration of political thought. 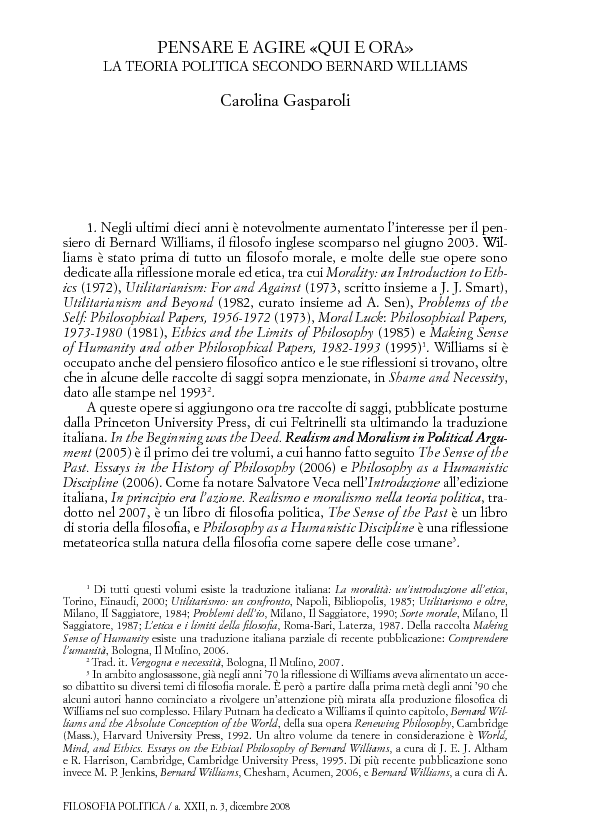