The essay moves from Kurt Bayertz's theses on the concept and the problem of "solidarity", analysing a question which is relevant from a logicalconceptual point of view: "is it really impossible to think of solidarity without referring to some notion of community?", or: "is it true that between solidarity and community there is that relation of logical implication the communitarians and, after all", also Bayertz argued for? After the examination of the concepts of "solidarity" and "community", here it is argued that "the concept of solidarity cannot be defined coming from the idea of community without the risk of its loss and misunderstanding". Although there are points in common, the sphere of solidarity is wider and more comprehensive than that of community: it signifies, according to the author, "the readiness of mutual help among people, one that is independent both from previous bonds of race, nation, language, culture, and from an expectation of judicial obligation". 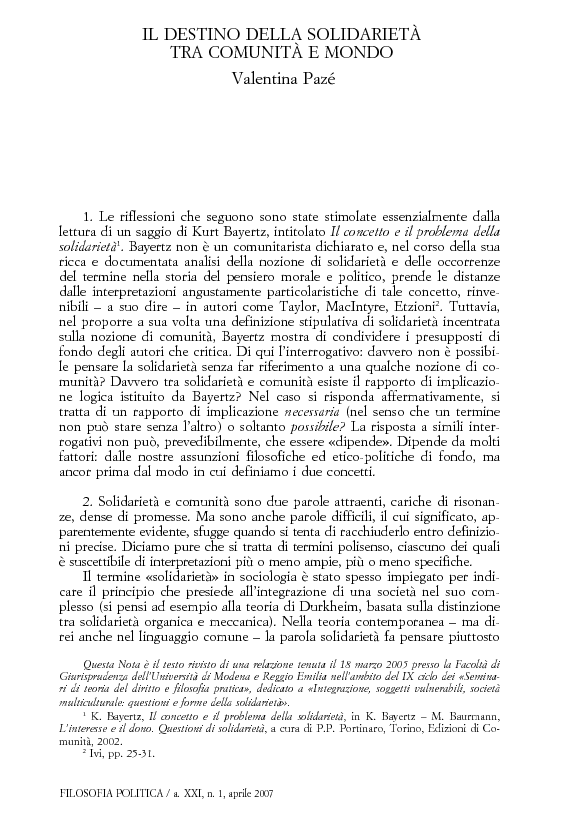