In this contribution, we intend to examine the relevance of the voluntary servitude in the algorithmic society, an expression that refers both to exchanges on digital networks and to social activity assisted by computing technologies. To do so, we characterize the technologies that, within this type of society, are likely to weaken freedom, understood from the political point of view. Then, we develop the hypothesis that algorithmic technologies can indeed act as a «misfortune», i.e. as an event precipitating the weakening of freedom towards new forms of voluntary servitude. The idea of voluntary servitude constitutes a resource for the elucidation of the obstacles to political freedom in algorithmic societies, a freedom whose problems must be rethought in the light of the debate between utilitarianism and «liberal paternalism». 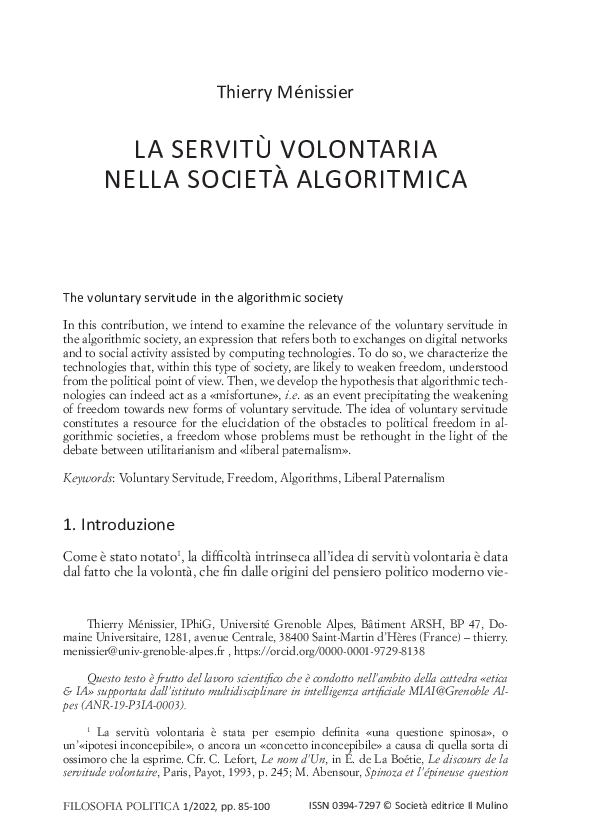