This essay focuses on the relationship between mass psychology – from Gustave Le Bon to Gabriel Tarde – and the first inklings of cybernetics in European culture. The masses, which are apparently condemned to simplicity, irrationality and almost animality, build typical profiles of cybernetics: self-referentiality, self-organization, control. The mass is therefore an emerging phenomenon: it is a new and non-deducible reality. The masses are not merely destructive, they guarantee the existence of society, imbuing the social with mutual solidarity. If the masses were mere phenomena of disorder and violation of rules, it would be possible to normalize them with ancient disciplinary techniques. They are instead highly productive masses and produce social peace. And all this happens without any regulatory integration of society. The masses are disturbing precisely because of their emerging order structure. Something new is born in the mass for which the disciplinary techniques addressed to the individual are not prepared. For mass psychology understood as the science of control, the challenge is to find regulation and control techniques that act on the emerging mass structure and not on the individual. On this basis, a comparison between mass and swarm is also possible. 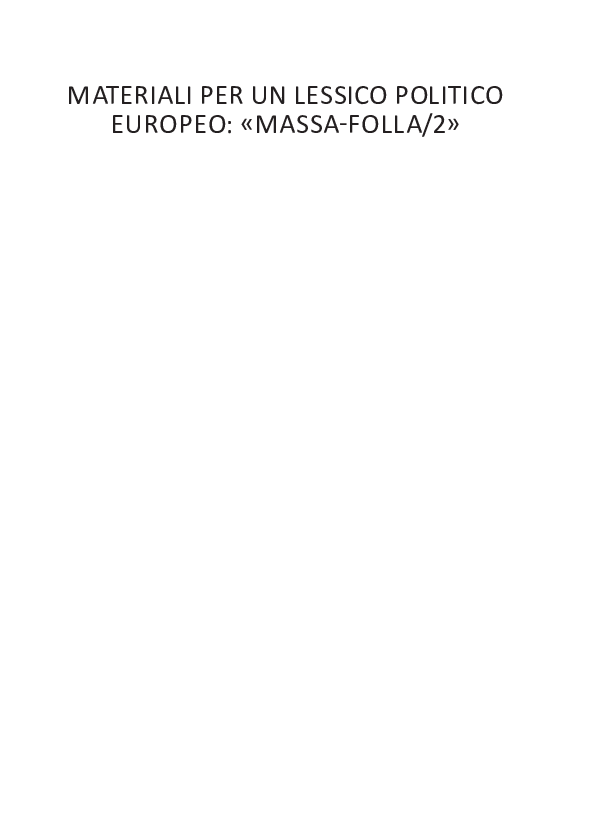