One of the most distinctive aspects of Richard Rorty’s work was its transgression of philosophical and disciplinary boundaries. However, in equal measure, his engagement of other traditions tended to produce the most hostile results. As a result, his relationship to many traditions remains poorly understood. While Rorty’s general political thought has received attention, significantly less has been focused on how it relates to the major methodological division in recent and contemporary political thought: the liberal (analytic) – continental (critical) divide. This paper argues that to understand Rorty’s general reading strategy and specific engagement of these two sources, they must be situated in the general project of his work: rethinking our understanding of justification amongst conditions of pluralism. Rorty’s anti-authoritarian theoretical project leads to a critical, reconstructive approach to interpretation. His readings of liberal theory and continental political thought are combinations of critique and reinterpretation, oriented toward removing the vestiges of theoretical authoritarianism in their approaches. 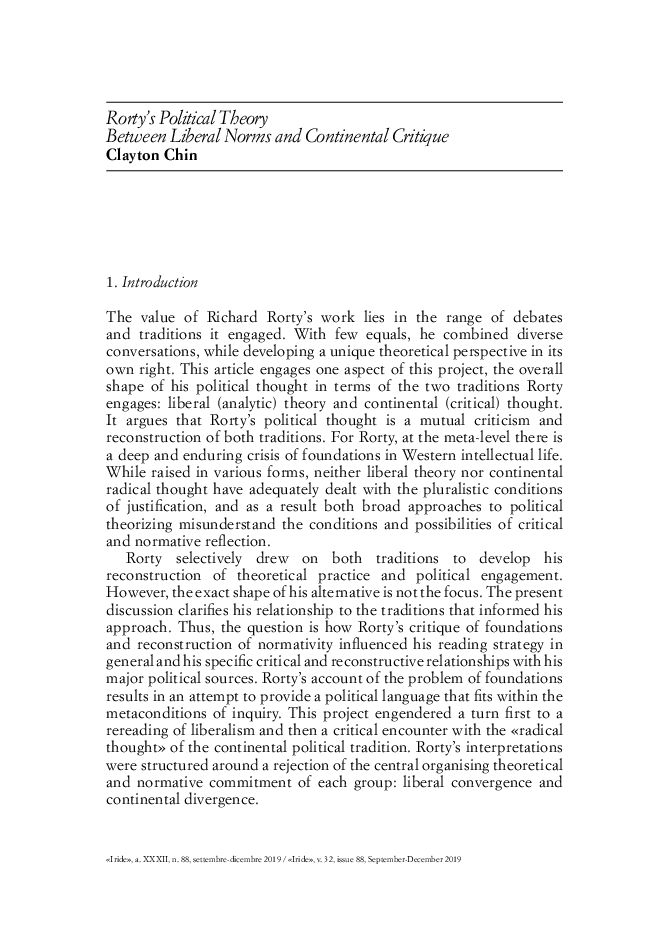