The focus of this text is not so much the revolution itself, but rather the possibility of reworking the effects of a revolution. More precisely, the problem at stake is if it is possible a revolutionary reworking of the counter-revolutionary effects of a revolution. In this sense, the aim of this contribution is to demonstrate the philosophical centrality of the point of view of an observer of the facts. So, the focus is on revolution from the point of view of the spectator, through a crossreading of some key elements concerning this theme in the work of Foucault and Benjamin, two authors who have made a notable contribution to this subject. 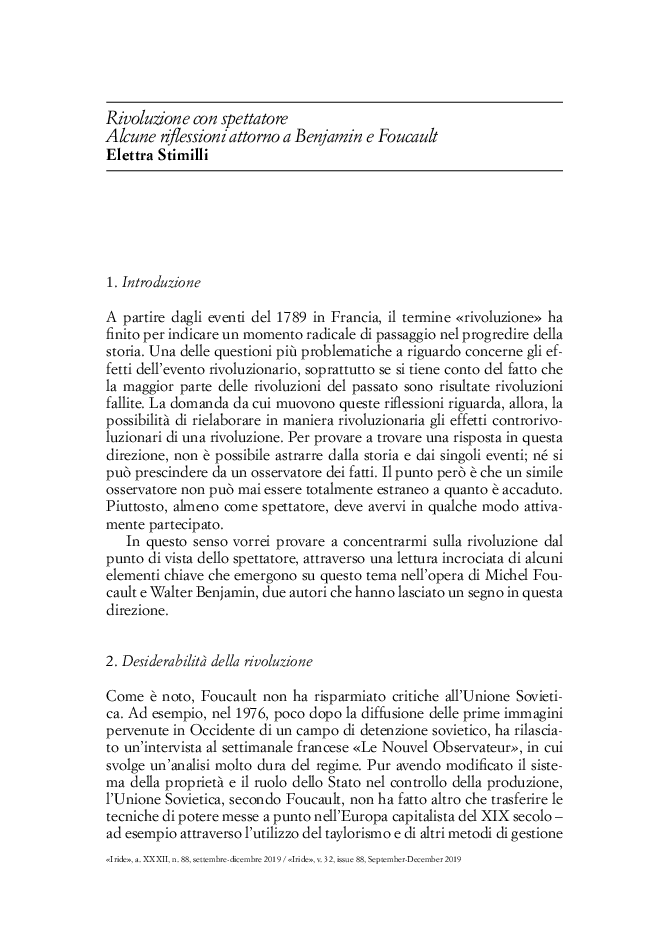