The idea of the "katéchon", of a restraining power, begins with the Second Letter of Saint Paul to the Thessalonians and extends its influence over time up to the debate, in the 1970s, between Carl Schmitt and Jacob Taubes. The essay surveys the history of this concept, and its political and aesthetical consequences in the present age, dominated by populism and charismatic leader. What needs to be envisioned, in this frame, is an aestheticization of the ancient mechanism of legitimacy of political power. 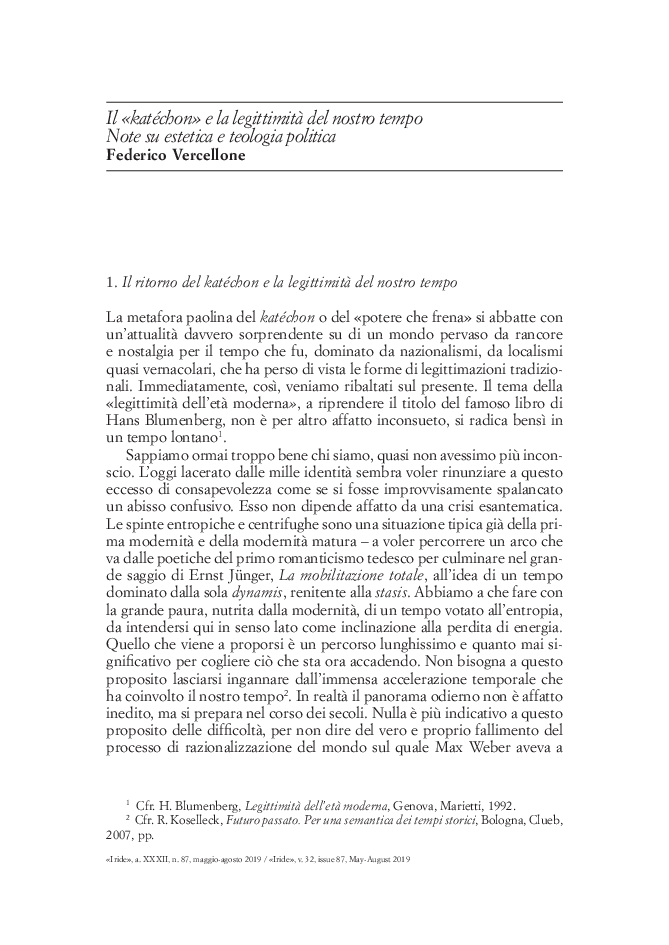