This paper is an investigation into Iris Murdoch's variety of moral perfectionism. It starts off from Stanley Cavell's reservations against Murdoch's view, grounded in a discussion of Murdoch's famous example M and D. Cavell's principle complaint is that, as the example is set up, there's no reason to think that the mother in law, M, comes «to see herself, and hence the possibilities of her world, in a transformed light». This, Cavell argued, differentiates Murdoch version of moral perfectionism from the form Cavell favors. In this paper, it is argued that Cavell has pointed out a genuine deficiency of Murdoch's example, but that he nevertheless misunderstands her position; more specifically of her views of conceptual change, attention, love and perception. 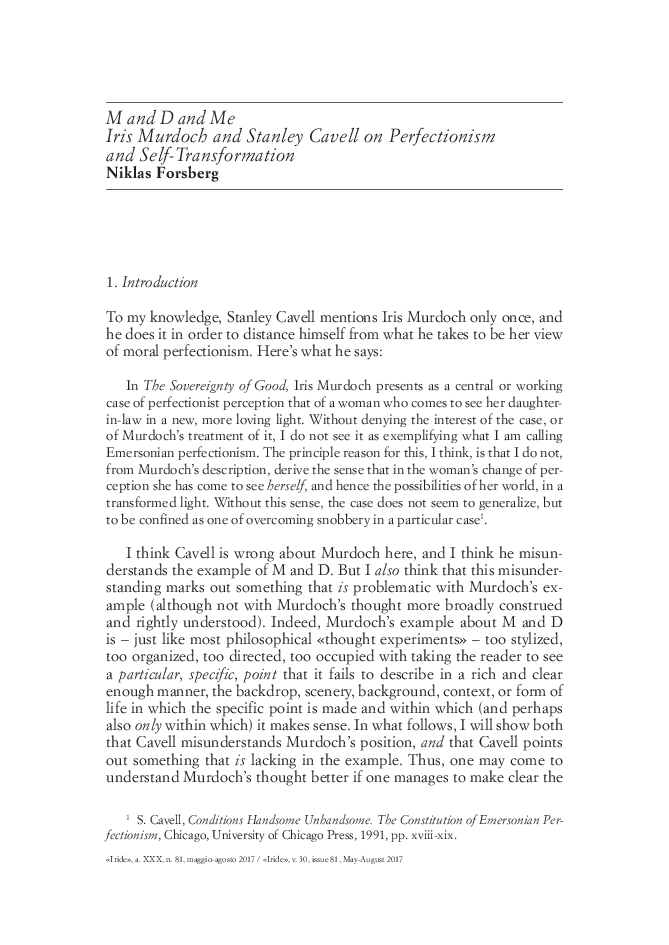