In the last two centuries, art has been declared dead or exhausted a number of times and for a variety of reasons. How are we then supposed to deal with the immense artistic production of «posthumous» works of art? After Arthur Danto's and Hans Belting's proposals, Federico Vercellone predicts a neoromantic resurrection of art: thanks to the new interactive and immersive media, art is supposed to revive a new mythology without gods, capable of offering a renewed rooting in images and in a plural common "ethos". This article casts some doubts on Vercellone's claims, stressing the risk that the kind of invoked interactive, immersive, new artistic mythology, could boil down to a disneyfication of art and the world. And it suggests an alternative vision. 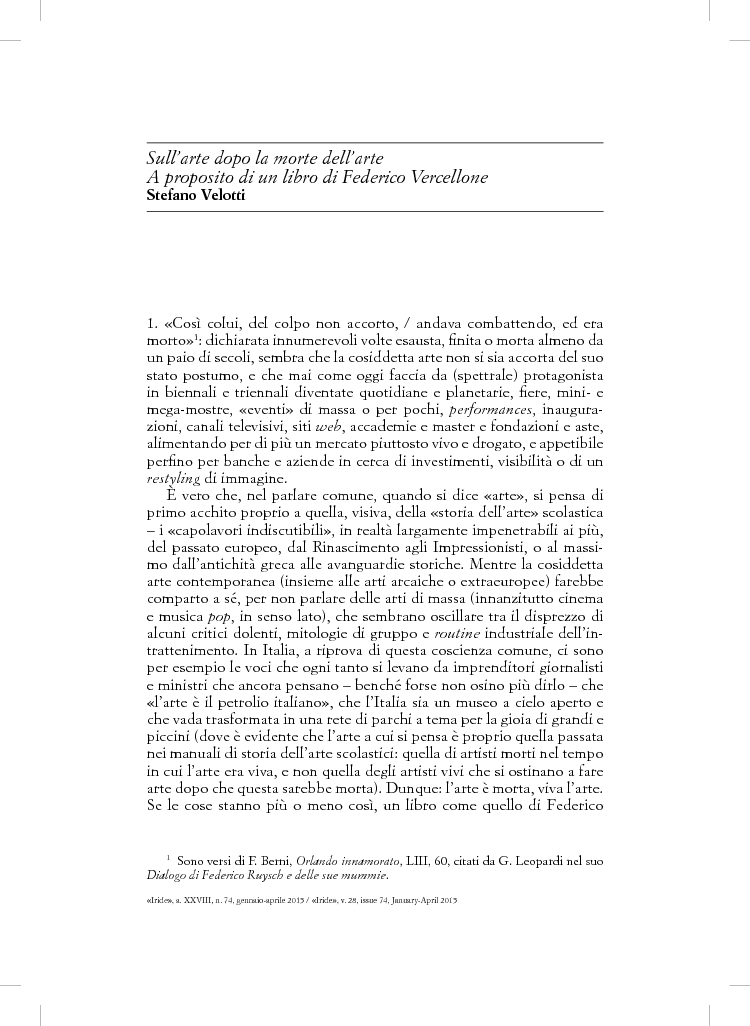