Beginning with the 1979-1980 lectures at the Collège de France, «Du gouvernement des vivants», this article aims at a reconstruction of Foucault's shift: from a study of knowledge-power systems to an archaeological-genealogical analysis of the government of human beings by means of truth; or, better yet, a study of the relations between the manifestation of truth, the constitution of subjectivity, and the government of self and others. Therefore, it seeks to explore the meaning of the fundamental notion of «regime of truth» (in its connection with the notion of «truth games»), as well as the Foucauldian project of a genealogy of the modern subject in Western civilization. The conclusion suggests that Foucault's last series of lectures at the Collège de France are a way to urge us to undertake a «politics of ourselves», and consequently to get rid of the hermeneutics of the self, no matter whether Christian or scientific. 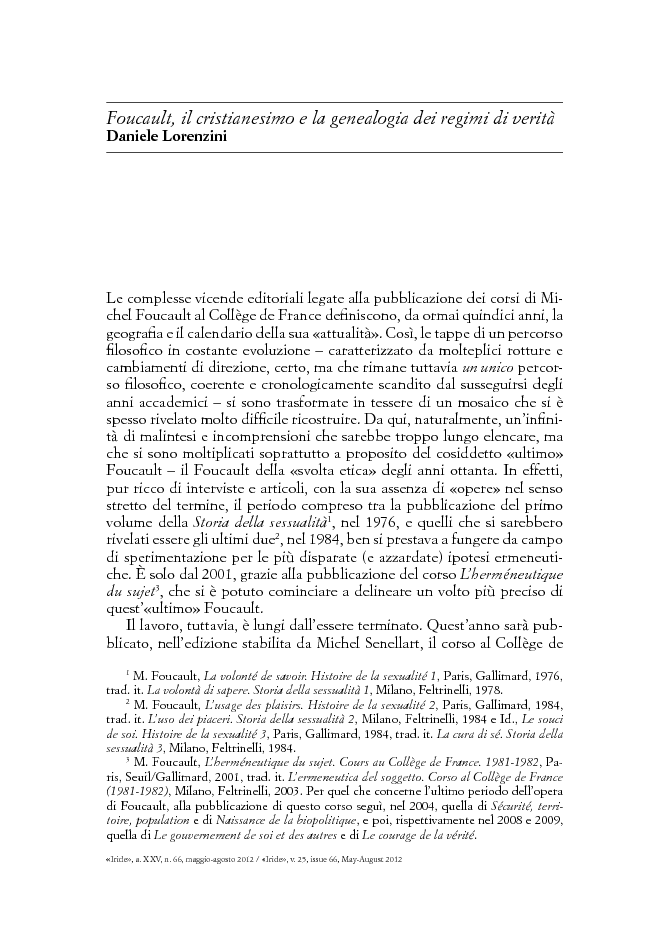