Charles Sanders Peirce and William James are in many regards indebted to German psychology. It is easy to trace the role played by Herbart, Lotze, Fechner, Wundt not only in Peirce’s and James’s approach to the new science of psychology, but also in nourishing some of the pivotal metaphysical ideas cherished by both Peirce and James and echoing some typical tenets of continental «scientific positivism». The views about the mind-body relation suggested by German psychophysics and by 19th-century psychophysiology meet Peirce’s and James’s committed interest in lying the ground for a more scientific and rigorous analysis of knowledge. But at the same time the same views encourage a frankly metaphysical – even not speculative – approach to the perennial problem of human immortality. The old riddle of the soul’s life after the death seems – in James’s, not in Peirce’s opinion – to be answered by a kind of renewal of the old and bewitching idea of a «metempsychosis», of the soul’s new life into a new body. 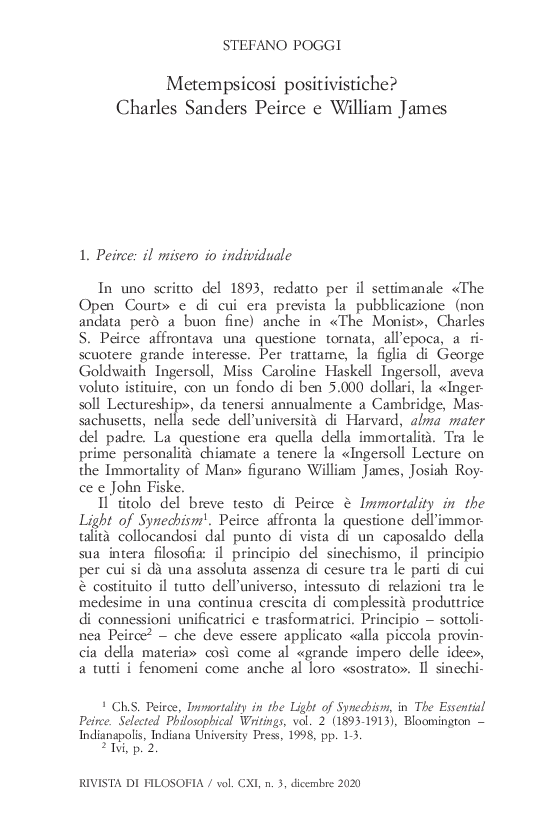