Whether morality is objective is one of the most debated questions in moral philosophy. After all, it is precisely on the idea that moral statements are more than subjective opinions of some individuals, that is based the very authority of morality. A robust conception of moral objectivity is a core feature of every realist position in ethics. In this regard, evolutionism provides us with an alternative account for moral objectivity according to which the claim to objectivity, though ingrained in ordinary moral thought and language, is rooted in our evolved psychology rather than on some external moral facts. Following this line of reasoning, the paper explores recent uses of evolutionism in metaethics focusing on the issue of objectivity. In particular, it will be shown how the evolutionary explanation of morality can undermine the realist conception of objectivity. In the light of these considerations, a final question can be raised: Is there still room for moral objectivity? In the final part of the article, it will be suggested how to rethink objectivity through the notion of moral progress in order to develop an alternative option to moral realism which does not necessarily lead to moral skepticism. More precisely, in the wake of Philip Kitcher, a naturalistic account of moral progress on evolutionary basis will be presented. 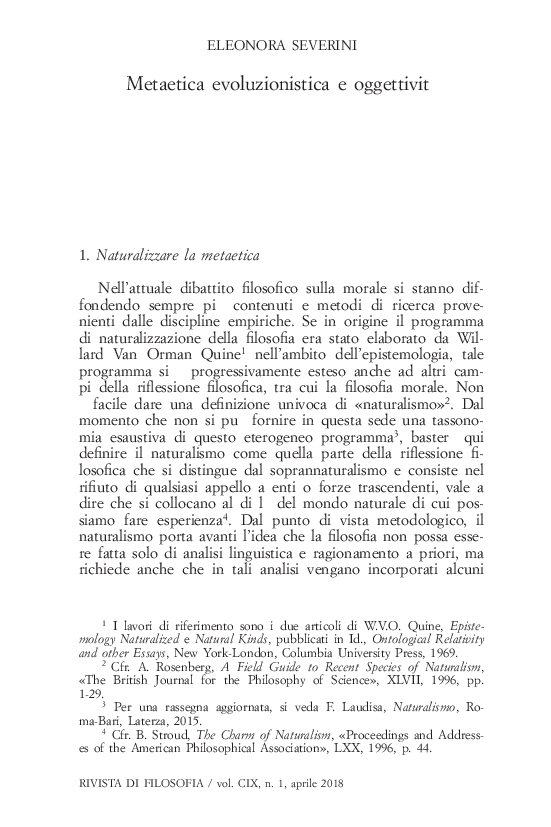