In the contemporary debate over the theological fatalism and the compatibilism between divine foreknowledge and free will, an important role is played by the so-called «Neo-ockhamist» solution. The historical reference, often read under a contemporary lens that ends up deforming it, is the argument of William of Ockham. This article focuses on the resumption of his position in the contemporary debate on philosophy of religion, in the Anglo-Saxon world, through the work of Alvin Plantinga. The article is divided in two sections: the first one presents an analysis of the ways in which Plantinga deals with the sustainability of a compatibilist position, starting from the claim of human free will against the epistemic bound posed by divine foreknowledge over the acts of his apprehension. A crucial point is the attempt of setting necessity free from the fixity of the past. The second part of the paper is devoted to possible problems of Plantinga's theory and contemporary debate: in particular, the use of categories such as Eternalism and Presentism in relation to Ockham, the linear relation of continuity (not always justified) between epistemic and ethical level (in particular the libertarian one), the rethinking of the relation between "necessitas per accidens" and temporality. 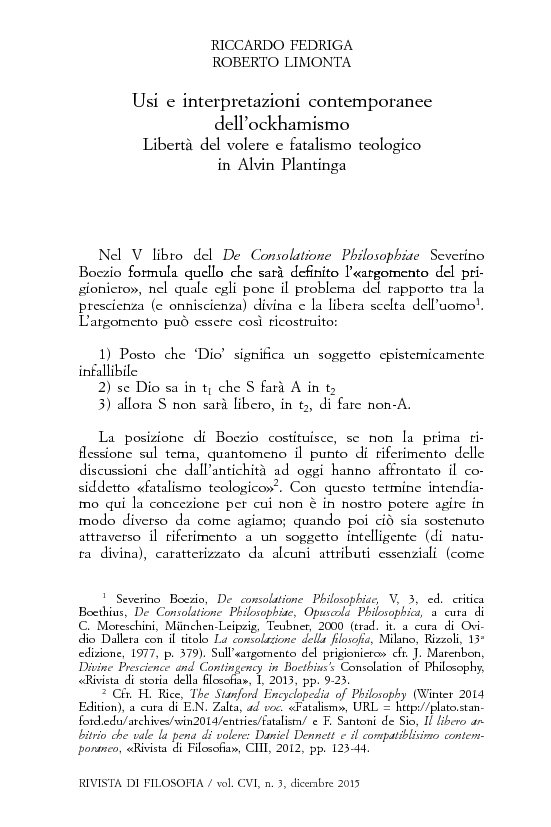