The debate on divine omniscience and its compatibility with human freedom, developed after the formulation of the famous "Pike's Argument", has led some authors to formulate a new form of theism called "open theism". The main thesis of this theory deals with the redefinition of the attribute of omniscience - meant as dynamic - and other divine attributes, such as eternity and immutability. The core of the theory, however, lies in the assumption, in metaphysical terms, of the affirmation of the New Testament «God is love» (revoking some insights of Trinitarian theology). Clearly, the critiques moved to "open theism", in the intense and still underway debate, are various, but the most compelling ones concern the weakness of the new metaphysics that open theism is trying to build. After setting out the main features of the debate around omniscience, the thesis and the main objections to "open theism", it appears possible to draw some conclusions which, although temporary, show how the theoretical path defended by "open theism" represents an appealing challenge for contemporary analytic philosophy of religion. 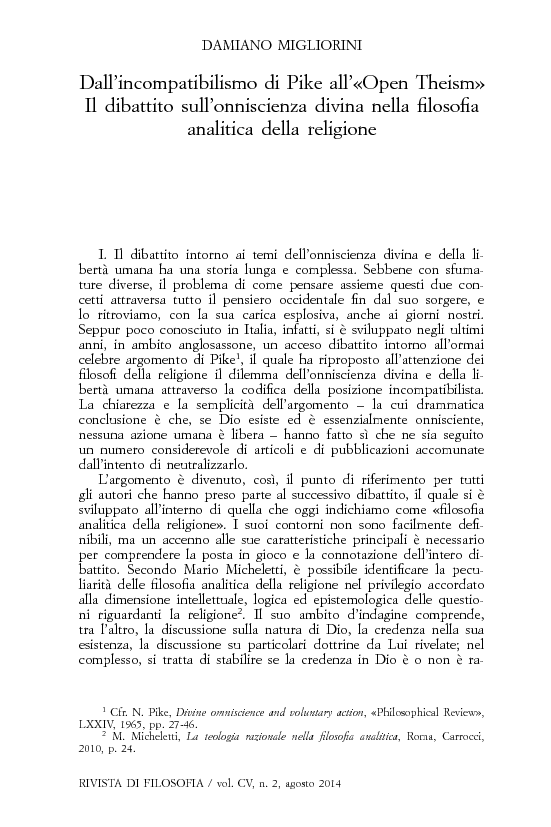