In this paper I align myself with the skeptics about introspective consciousness. I begin with the social psychology literature on introspective reports, which suggests that explaining one's motives is the capacity to remotivate one's actions ex post on the base of folk-psychological theories. Then I discuss the approach of those philosophers who acknowledge the theoretical, and hence non-introspective, nature of the first-person knowledge of the causes of our thoughts and behavior, and nevertheless continue to think that in some specific cases the access to one's mental life is direct and non-interpretative. This approach is argued to be vulnerable to a number of theoretical and empirical objections, most notably to Peter Carruthers' criticism of the idea of a non-interpretative access to thoughts. According to Carruthers' interpretive sensory-access account of the nature and sources of self-knowledge, the only difference between self- and other-knowledge of thoughts is that in one's own case, the mindreading faculty has more information available upon which to base its interpretation. In addition to using overt behavior, in one's own case, it can also draw on a subject's affective, sensory, and quasi-sensory states such as visual imagery or 'inner speech' tokens that are globally broadcast in the mind-brain. This debunking of introspective consciousness - it is concluded - radically challenges our conception of ourselves as conscious agents. 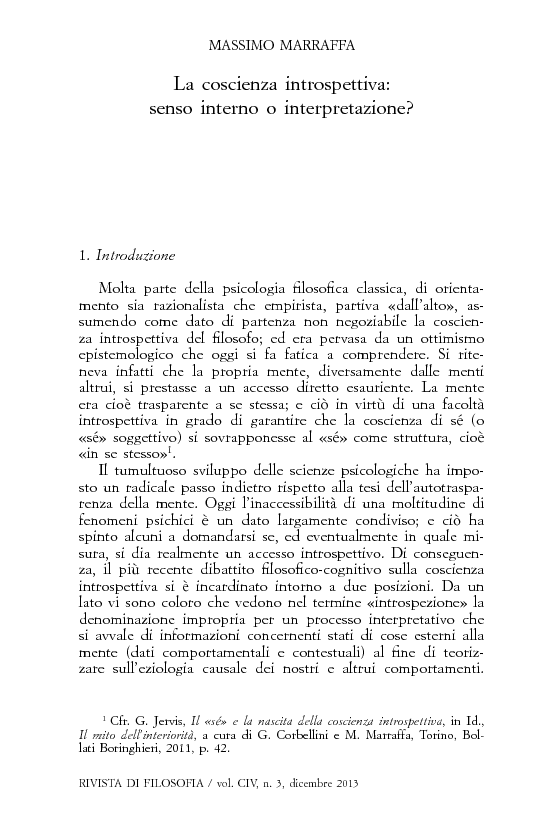