The article discusses the place that the work of Piero Martinetti, Jesus Christ and Christianism (1934), occupies in his peculiar religious thought. It is divided into three parts. In the first and in the second part, the author wonders which reasons induced Martinetti to write this work: in part, they are rooted in the political situation of the time, in part they recall an interpretation of Christianity already completely developed in his previous work Introduction to meta¬physics (unpublished), which contained the essential elements of his religious thought. In the third and final part the article focuses on some peculiarities of the work. The original message of Jesus, of an ethical nature, was betrayed by the Church. To recover this message, it is necessary to use the historical-critical method. Jesus' message has been preserved in its entirety from a few illuminated spirits, whereas the Church has systematically betrayed it. In this way, the Church contributed in a decisive way to the moral corruption that has favored the rise of fascism. 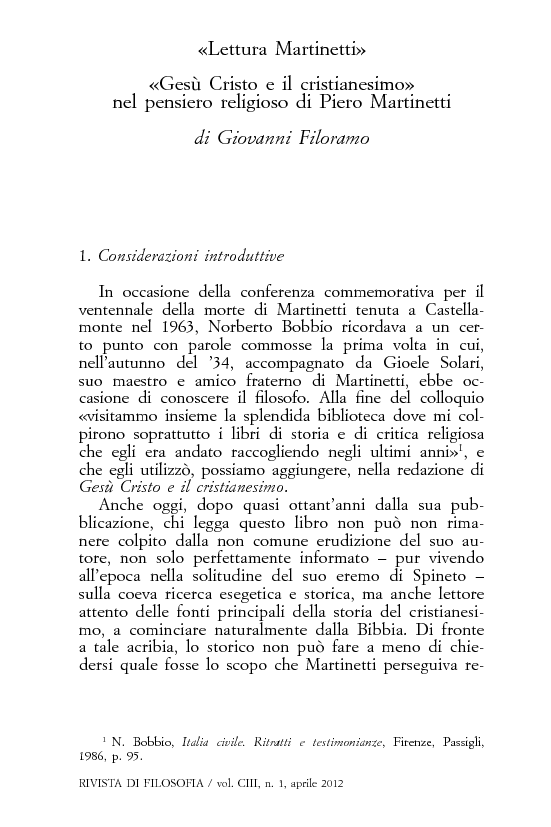