This article distinguishes between two types of responses that a political theory of justice can give to value conflicts, aimed respectively to their resolution or management. Whilst the former aims to establish an order of priority between conflicting values, the latter concerns itself with the way in which the parties in a conflict relate to each other and towards the disputed matter. After arguing that the latter is an appropriate subject for philosophical theorising (as it is context-independent), some considerations will be offered on its structure. Specifically, it will be argued that such a theory should be structured in procedural, rather than outcome-oriented, terms. Finally, a model of impure proceduralism will be outlined that is capable of combining open-endedness and structural cogency. 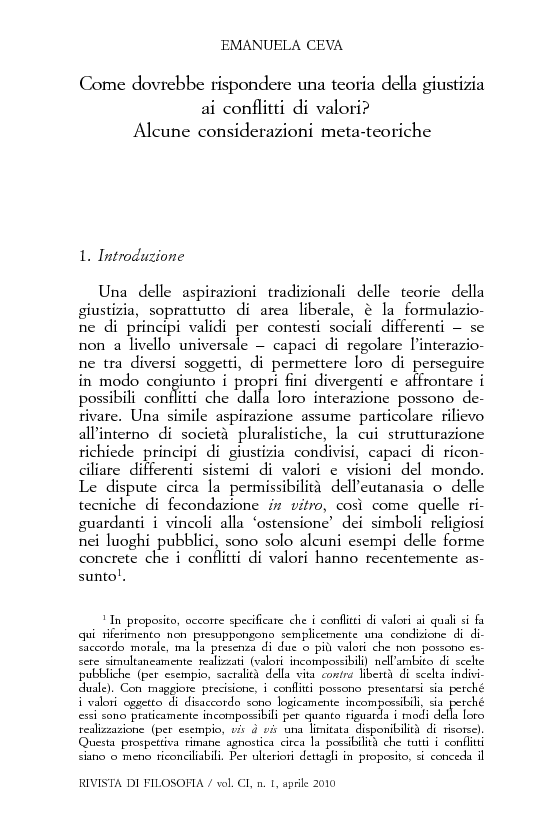