The article analyzes the concept of happiness in Nietzsche's philosophy. Despite his retrieval of the values of Enlightenment, Nietzsche remains far away from the eudemonic and hedonistic culture, which is a mark of the 18th century in Britain and in France. He is, in fact, bound to both the traditions of the former antieudemonism: the moral and ethic devaluation of happiness - proper to the postkantian German culture - and the statement of impossibility of happiness - common to Schopenhauer's, Wagner's and von Hartmann's pessimism. In spite of the watershed of Enlightenment, a substantial continuity between the tragic antieudemonism of "The Birth of Tragedy" and the Dionysian and heroic attitude, which begins with "Thus spoke Zarathustra", is pointed out. In both cases a conception of happiness (Glck), depending on sensibility is impossible. Happiness therefore can be only committed to intimate beatitude (Seligkeit), due to the contemplation of the Dionysian facet of life, which in maturity is conceptually arranged through the doctrines of will to power and eternal recurrence. 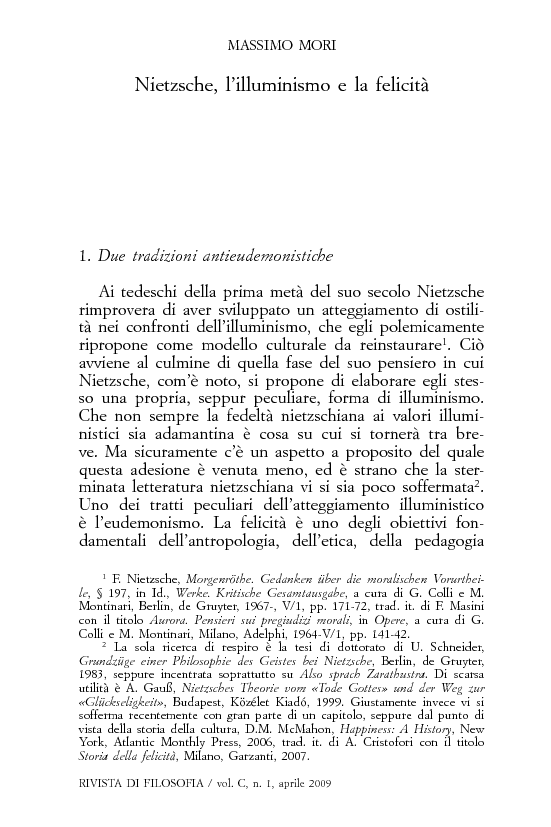