Hart and Honoré's work on causation in the law - first published in 1959 - represented a major turn in contemporary reflection on causation. Causation in the law defended an original contextualist view of causation, which claims for the existence of special common sense principles governing singular causal judgments in human affairs, and emphasizes the special role of human intervention in causal chains. This work was also the starting point for Honoré's more recent work in the theory of responsibility, focused on "outcome responsibility". Outcome responsibility is a concept distinct from "fault responsibility", built by Honoré against the background of the contemporary debate on the moral foundation of tort law. It derives from a combination of theses on causation, personal rights, moral luck, and the importance of the recognition of human capacity of agency in the formation of an individual personality. 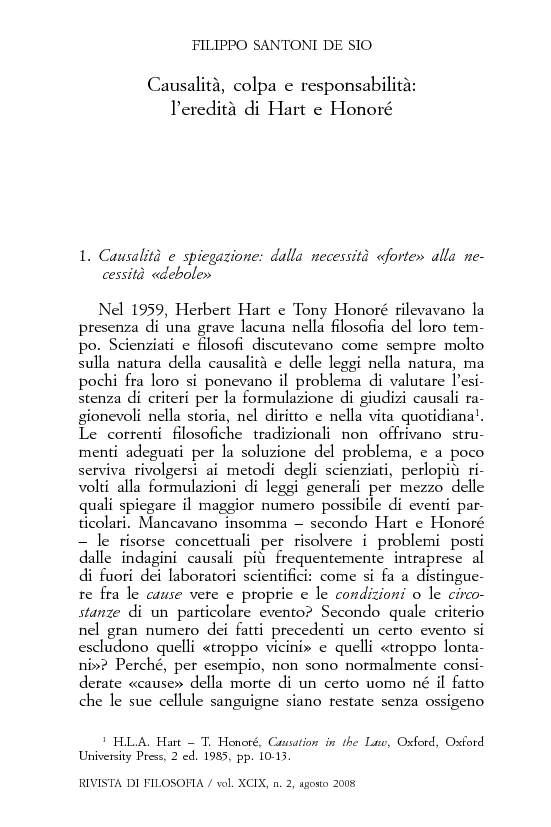