In 1878, Nietzsche sealed his break with Wagner with the publication of "Human, All-Too-Human". Ten years later, Nietzsche stylized his rupture with his friend as a world-historical event, but he concealed the real catalyst behind the estrangement: his friendship with the German Darwinian philosopher, Paul Rée. At a decisive turning-point in Nietzsche's career, Rée deepened Nietzsche's interest in two complementary traditions: the legacy of the French "moralistes", who inspired Nietzsche's psychologically attuned aphoristic style in the middle period; and the Darwinian "genealogical school", whom Nietzsche later caricatured as the "English psychologists" in the "Genealogy of Morals". This study will chart the influences of these two traditions on Nietzsche's thought, and it will explain how Nietzsche moved from an appreciation of Rée and his philosophical perspectives to a radical critique that culminated in the "Genealogy". 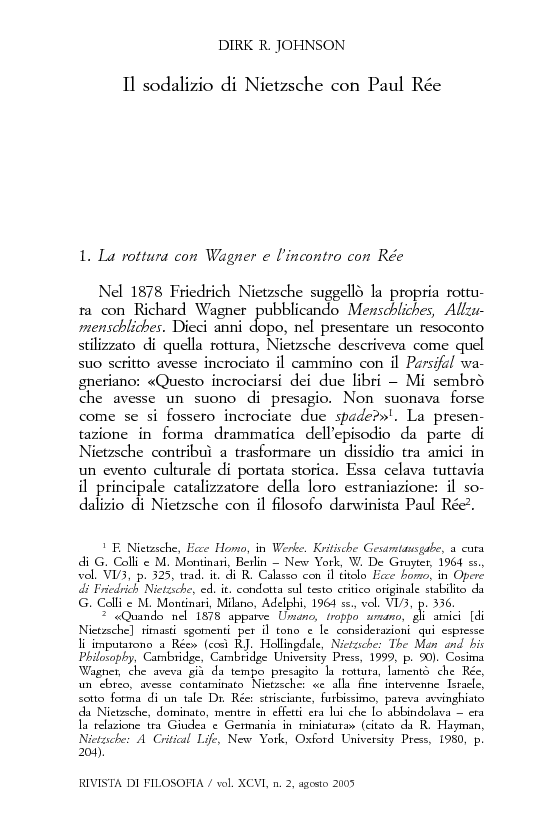