The author holds that the seven "deadly sins" mentioned by the Pope in his "mea culpa" have not been committed despite, but because of Christianity. Therefore he does not analyze the way in which men have behaved in the name of such a religion, but rather its seven "congenital defects": the dogma of the original sin, the link between faith and blood, the missionary spirit, the anti-judaism, the eschatology, the philosophical heritage of Platonism, the relation to the historical truth. The overcoming of these defects would transform Christianity into an enlightened Judaism, or would simply bring it to its end: that would be the last service that Christianity could do to contemporary culture. 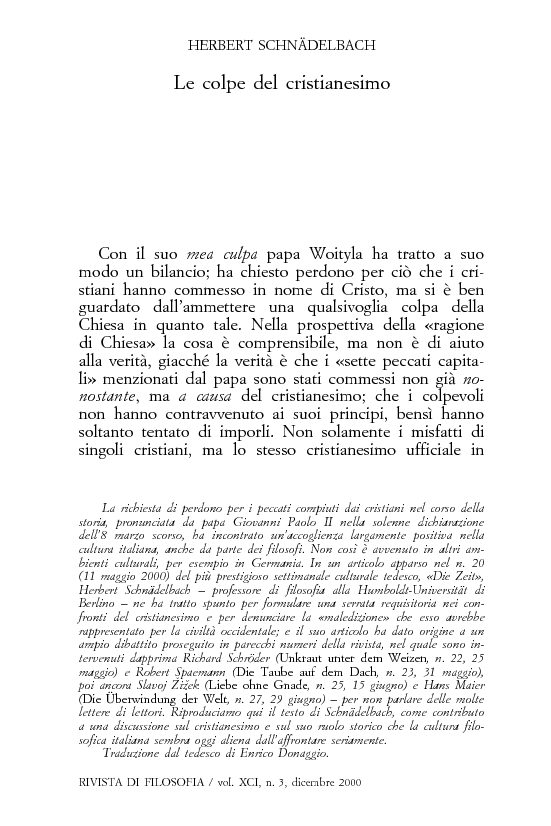