According to a widely shared interpretation, Henry Sidgwick's ethics is a revision of commonsense morality, performed making appeal to utilitarian philosophical principles. The aim of the article is to show that Sidgwick, on the contrary, proposes an explanatory function for his ethics, meant to give the most consistent account of commonsense morality, regarded as already binding. In his "Elements of Politics" (1891), Sidgwick states that his philosophical theory could only clear up and make commonsense thinking coherent. The latter remains for Sidgwick the sole seat of normativity, since within it practical detailed considerations are detected and are felt as obliging. Utilitarianism, therefore, represents only the best explanatory theoretical model of an inchoately utilitarian common sense, not its major premise. Sidgwick credited with such explanatory tasks the entire philosophical venture, as we can see in his posthumous "Philosophy. Its Scope and Relation" (1902). But Sidgwick sketched a similar explanatory model also in his "Methods of Ethics" (1874), in his famous examination (chapter 9) of commonsense maxims. Thus, Methods is to be seen - contrary to Schneewind's opinion - as a somewhat immature work, preparatory for these later developments. 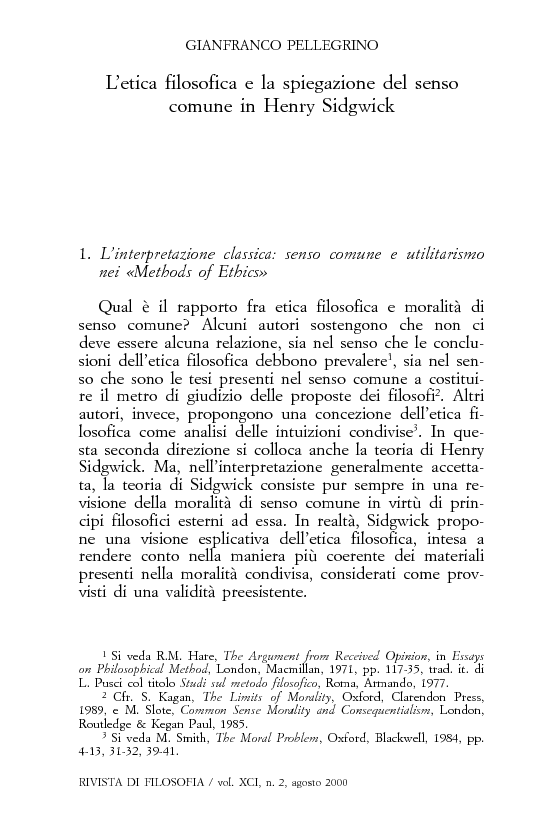