This article focuses on the relationship between Smith’s conception of esteem in The Theory of Moral Sentiments, and Descartes’s conception of esteem in The Passions of the Soul. Descartes’ reflection on esteem of self and others is summarized first. Then the paper sheds light on the break of Smith’s discourse with respect to Descartes’ approach. Eventually the article draws attention to the elements that, at another level, the two approaches, i.e. Smith’s and Descartes’, have in common. By so doing, it emphasizes both the internal tensions between the two theories, and the complex interplay of affinities and divergences that unites them 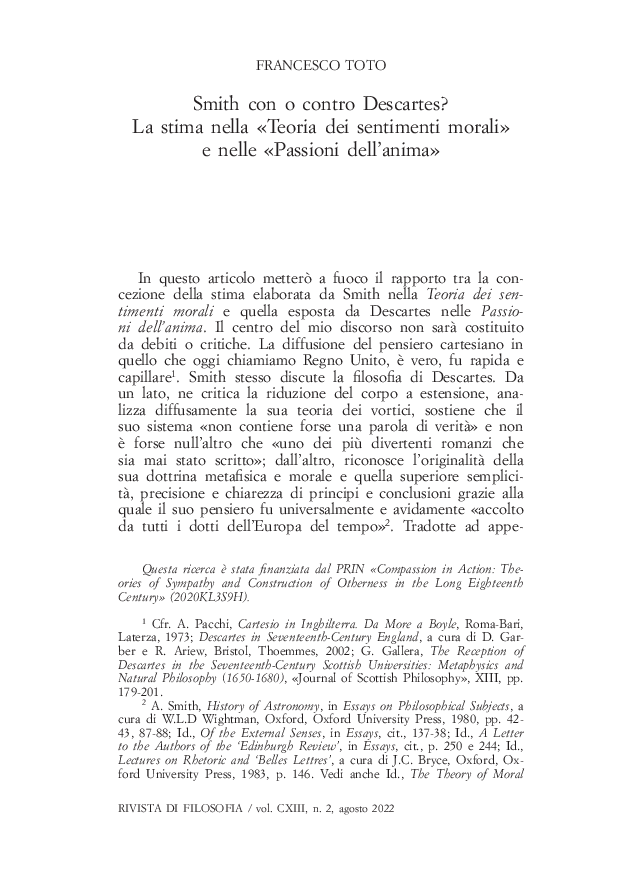