The paper discusses the relationship between Natorp’s thought on the subject and method of «critical psychology», and the debate on the mathematization of psychic phenomena. Such a debate was widespread both in the philosophical and the scientific culture of the second half of the 19th century. According to Natorp, the objectification process of physical and mathematical sciences is an «infinite task», a procedure in which the «exact» determination of phenomena finds its inescapable boundary in the «inexact» nature of sensation. Psychic phenomena, therefore, take form as «abso-lute data», namely, moments in the stream of consciousness, which, in their specific qualitative features cannot be reduced to physical- mathematical lawfulness. As a result, psychic phenomena can be investigated by using «critical psychology» only. 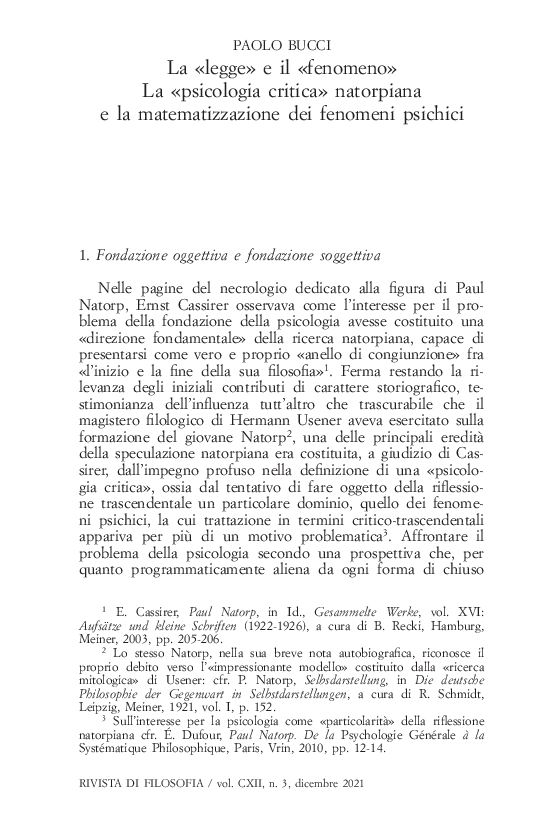