In February 1925, fascism repealed the Acerbo electoral law, on the basis of which the April 1924 elections were held, and restored the single-member constituency, in the English formula, without ballot. The article examines the reasons for this reform and the reactions it provoked among the liberals and the most intransigent fascists, taking its cue from an unpublished document of the Unitary Socialist Party in March 1925. It is a circular inviting the adherents to prepare for new elections which, of course, would never be held. 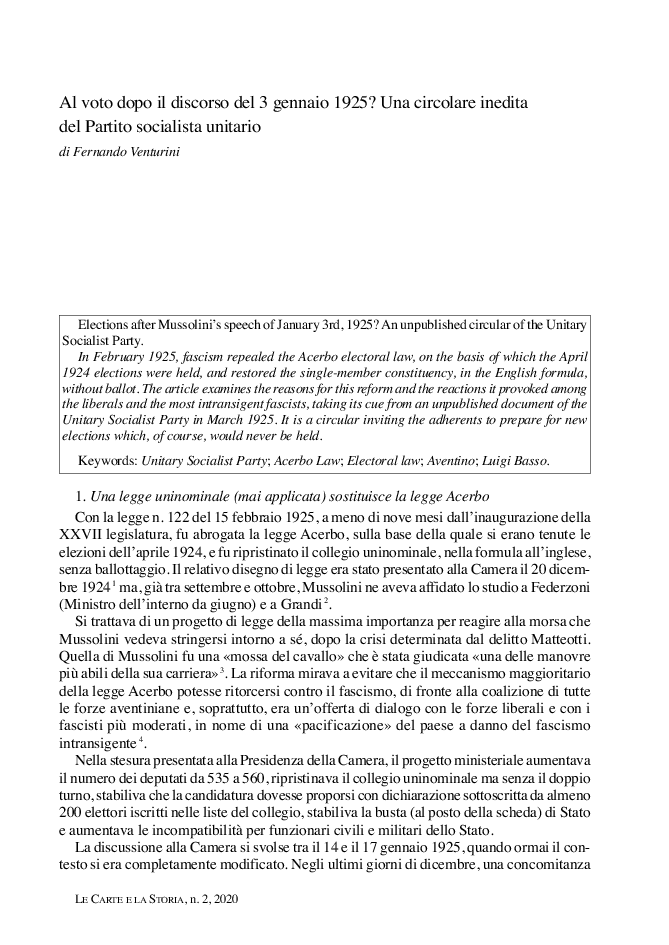