Were the "Ancient Régime" French colonies institutions racist? And if they were racist, which kind of racism are we dealing with? In order to answer to such a complex question, the article aims to a deep analysis of the so-called "Code Noir". The French juridical code as regards slavery is probably, among colonial states' approaches, the one more specifically falling within the history of political institutions, both in terms of its legal status, which is unique in its kind, and of the progressive demographic and territorial extension of its validity ending with the involvement, on the eve of the French Revolution, of more than one million slaves between Antilles, Saint-Domingue and Louisiana. The analysis of Code Noir allows to distinguish the contradictions of the world that produced it, providing at the same time an overview on a legal and social perspective of unparalleled clarity. Following the 60 articles, it comes clear that slaves were perceived as human beings, temporarily forced to a servile condition, which did not depend on their belonging to a supposed inferior race, but only to their being non-Catholics, whose conversion was the essential condition for the deportation from Africa. 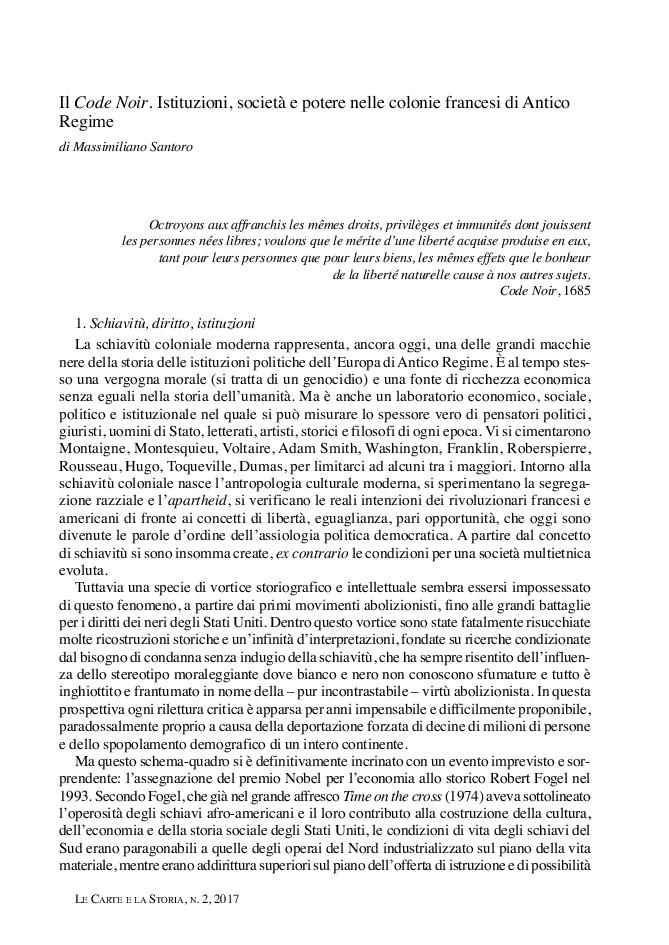