Author in 1837 of a single article devoted to the forms of the rising colonialism, Jean- Charles-Léonard Sismondi de Sismondi on many occasions approached the topic of colonies, from a both historical and economic point of view. The essay retraces the various lines of his reflection that, starting from his first economic work - "De la richesse commerciale" - through the research carried out on the Italian maritime republics in the Middle Age, led him to express a firm condemnation of the colonizing procedures that European States - and especially France - were experiencing at that time. In the background, it lies a conception of civilization in keeping with the eighteenth-century Scottish historical school and with the Adam Smith's moral theory. According to the latter, not only there's no contrast between civilization and barbarism, but the very "metissage" of cultures, presupposing the identification with the other, makes the progress of the human species possible. 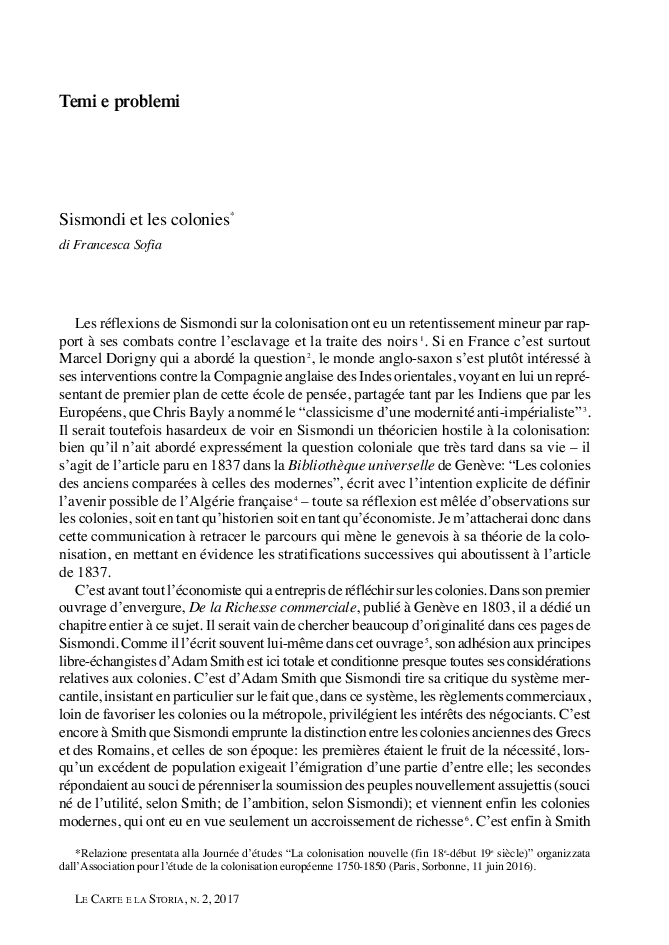