World War I was a pivotal breakthrough in Italian history, also contributing to the country's industrial development, which, as the Parliamentary Commission of Inquiry for War Expenses (now Commission) has highlighted, was not free from criticism. This research aims at analyzing the political context that has influenced the activities and investigations of the Commission itself during its last months of activity (May-December 1922), focusing on the fascist party's action. This is to contribute to the study of a particularly significant period that marks the transition from Liberal Italy to the Fascist one, in which the premature end of this ambitious institutional experience, which sought to investigate the profits of war arising from the several state dysfunctions, played a not minor role. 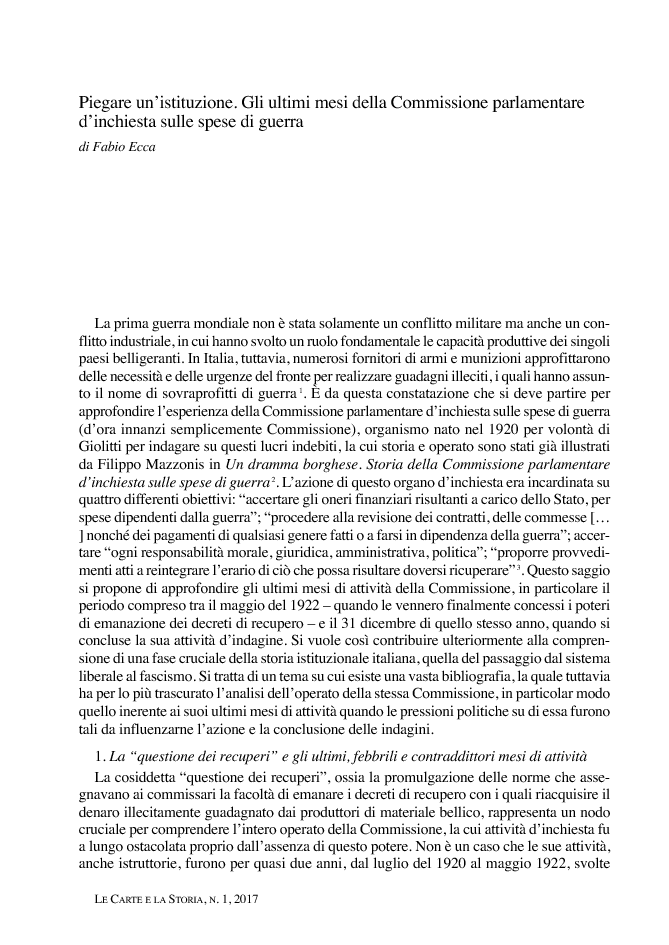