The article examines the financial management of the Province of Avellino after 1866 and the power system of Michele Capozzi (1836-1917), president of the Provincial Council for more than forty years. Capozzi was able to redevelop the provincial institute making it an effective instrument of territorial government and leading it through an intense activity, especially with regard to road and railway construction. This process of modernization was based on the budget of the Province, whose financial situation became ever more difficult. Provincial budget management was also at the heart of the electoral and patronage system built by Capozzi. Despite the financial plan he elaborated to balance the budget in 1889, the debt of the Province was inexorable, also because it was not a cyclical situation or a temporary crisis, but a structural, broader problem that was never really solved: the funding of the Provinces in the Italian Liberal State. 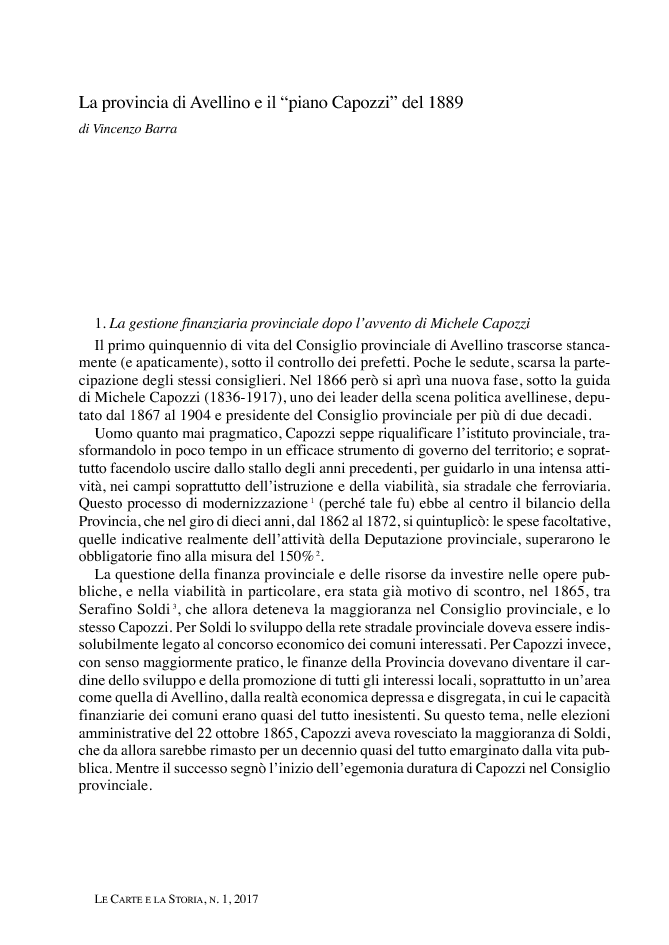