The plague of Constantinople, in 1778, did not develop dramatic effects in the Kingdom of Naples. However, it represented the opportunity for a growth of the state machinery, which was strengthened in order to prevent contagion spreading in the territory. This article examines the modalities of this reinforcement, analyzing, in particular, the issues of the development of state coast control. The state of exception then allowed the government to take new initiatives, which would later be confirmed, and which turned deeply the relationship between the state and the local world. 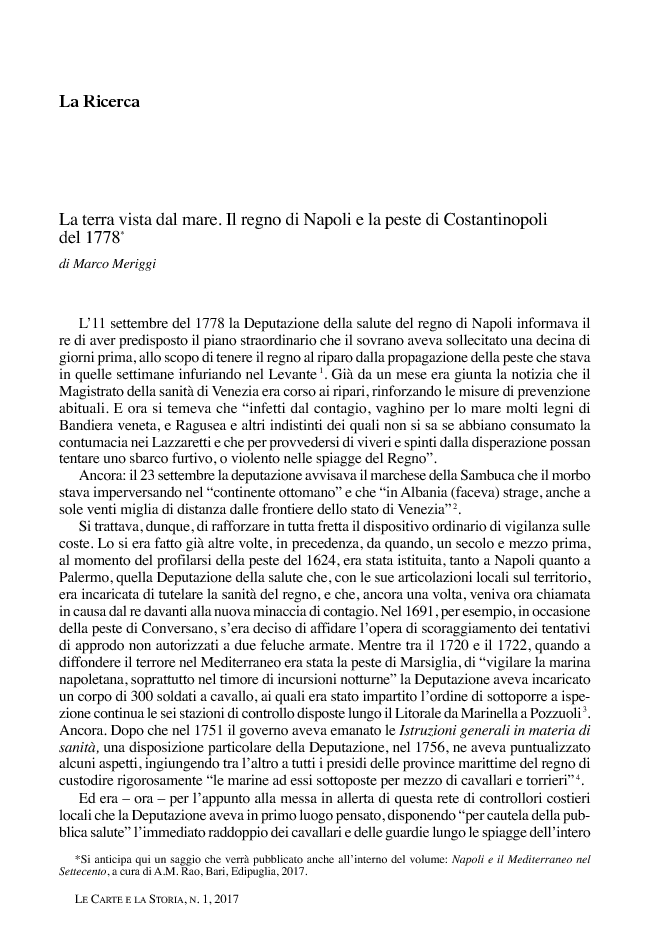