The text aims to stress the main features of the Italian medieval Commune, always under debate in national and international historical literature, and tries to compare that old political tradition to the contemporary practices. The author thinks indeed that many interpretations of the communal experience can be affected by an excess of realism, i.e. by a strong underlining of its dark aspects without taking in account the steady difficulties of the public life. The dark aspects were certainly true, but those towns left an enormous heritage of culture. Indeed, it is not easy a balanced evaluation of a story that runs from the early Middle Ages to the autumn of the Middle Ages and over. Each city had an own development but some features were common. Among them, an exceptional large participation to the public life, the deep tie of religious and civil issues and the strong competition among the towns. There were rules to face and solve 'inter-towns' feuds in a pacific way, but the use of the military force was common as well. Probably the main frame to be compared with the contemporary time is the deep gap among the public, formal languages of politics (justice, equality, 'popular' power etc.) and the actual practices. Theory and practices did not fit. There is anything of 'modern' in that? 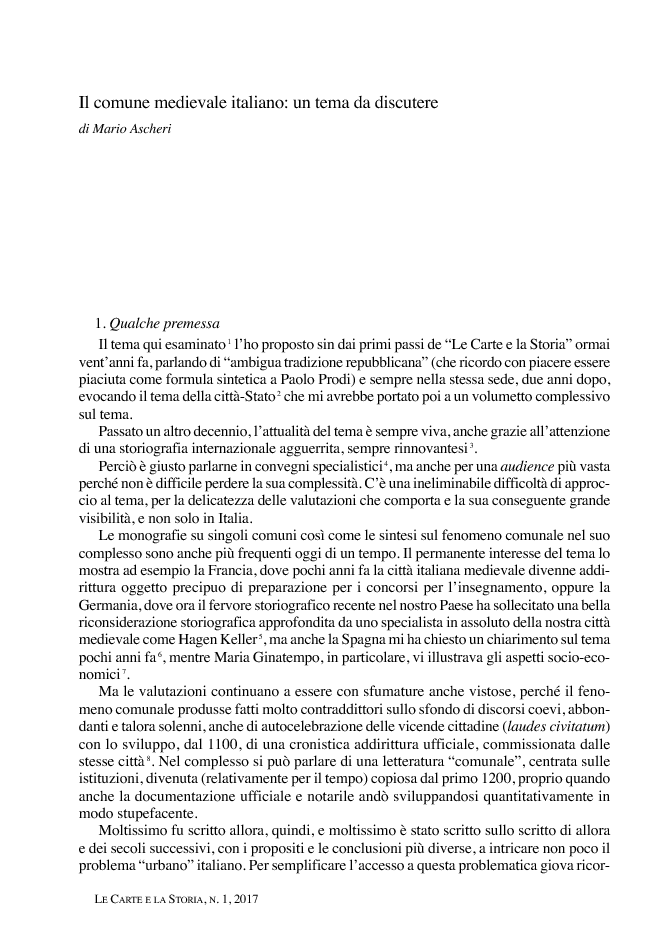