Emanuele Gianturco was born in Avigliano (Lucania) in 1857 and studied in Naples. He was a versatile character: he was an important professor and scholar of civil law, a famous lawyer and, as a politician, he was Minister for Public Education, Justice and Public Works. The essay mainly deals with Gianturco as a jurist. He was one of the most important representatives of the "Neapolitan School of Civil Law" at the turn of 19th and 20th centuries. This School rejected the rigid alternative between the French legal method and the German one, referring to Windscheid and Savigny. Gianturco believed that Law had a practical role and considered this view as typical of Italian School of Law. As a professor, he was concerned with teaching in State University of Naples but also in private schools, which were traditional in Naples, not only in law field. As a politician, he aimed at a renewal of liberal doctrine in the view of "private law society", considered able to give a response to the emerging mass society. The essay also contains some general considerations about the role of jurists within society. 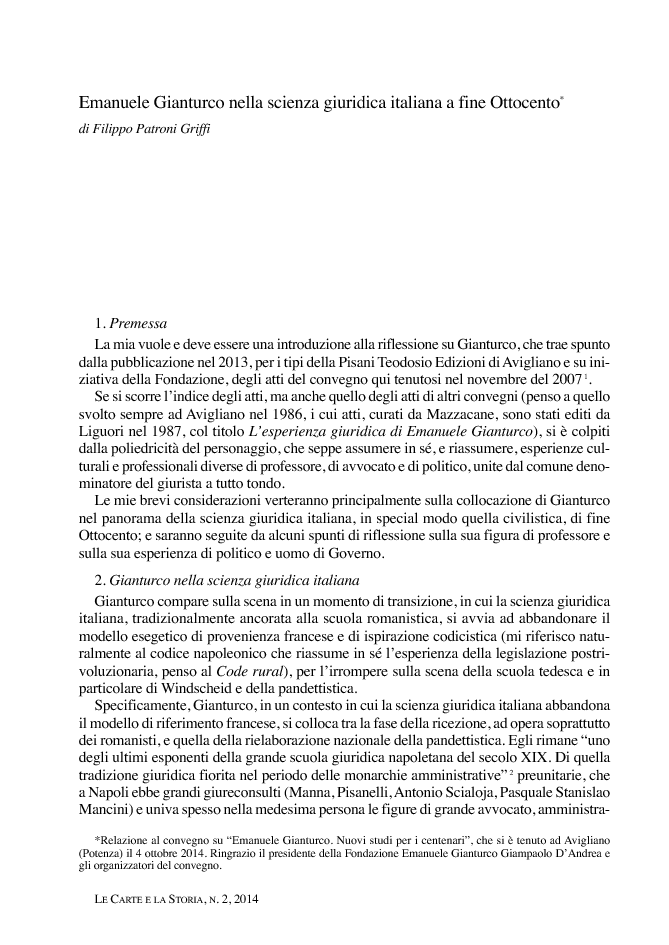