Following the methodology of the Begriffsgeschichte, the article first analyses the reception of one of the key-words of the French revolution - the term Fraternité - in the German speaking area during the decades following the revolution, showing how the attempts to translate it in the German language, through the neologism Brüderlichkeit, gave way to a new perception of the relationship between State and society. In the second part of the article the same methodology is applied to the French word Constitution and to the ambivalences of its German elaboration during the restoration era, as the term knew two different translations (Konstitution or Verfassung), implying contrasting visions of the political and institutional order. 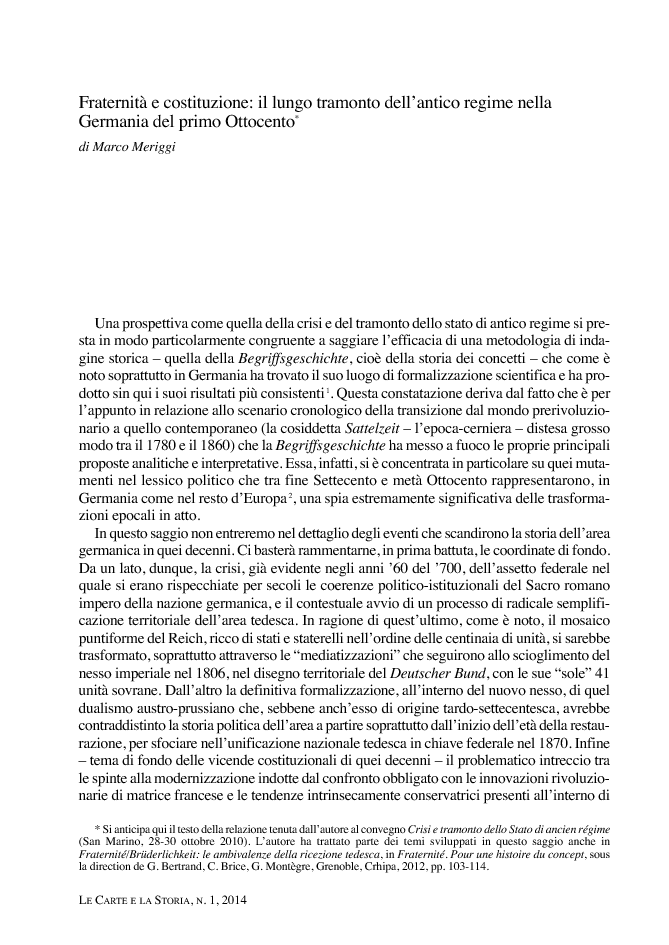