The topic of this paper is located in that particular field of studies that over the past decade have had as their object the Italian electricity industry, that of municipal power companies. This strategic sector of the public company has operated since the early '900, in strong competition with private companies. The issue of municipalization had long been the center of the debate that has developed around the journal Social Reform, directed by Luigi Einaudi, between 1900 and 1918, and between this and other important business journals of the time. These companies have performed in many cities of Central and Northern Italy, such as Roma, Milano and Torino, an important economic and social function, no less evident in the newly industrialized Terni in the early twentieth century. In this study detailed emphasis is placed, in addition to the central theme, more strictly business and management related, on the relationship between the public company, the complex system of large industries that had settled in the area and the existing electrical system, as well as on legal issues and regulations, investment policy and tariffs. For documentary research, it was possible to analyze unpublished documents from the rich collection of the Historical Archive of the City of Terni, for a period that goes from establishment of the company in 1905, to its transformation in 1927. 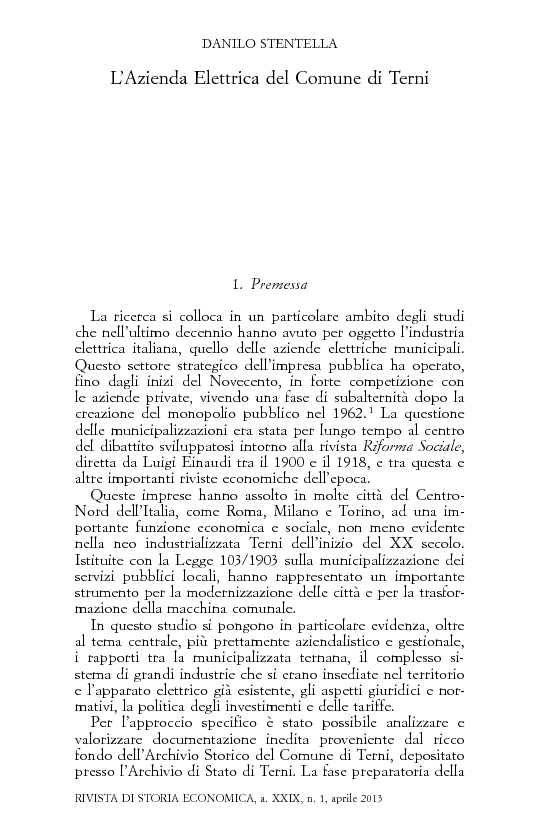