This article aims at providing a new interpretation of the earliest Mirabilia urbis Romae. Although many scholars considered them as guides for pilgrims who went to visit the city, the Mirabilia actually show a different raison d’être: when observed through a consistent viewpoint, taking into account both the manuscript tradition and the specific political, legal and cultural context, they appear to be official censuses, promoted by public institutions of Rome (first the papacy, then the commune), of the monumental unity intimately linked to the expression of political power, known in Late Antiquity as ornatus(ornament) and in the Middle Lages ad decus (decorum). 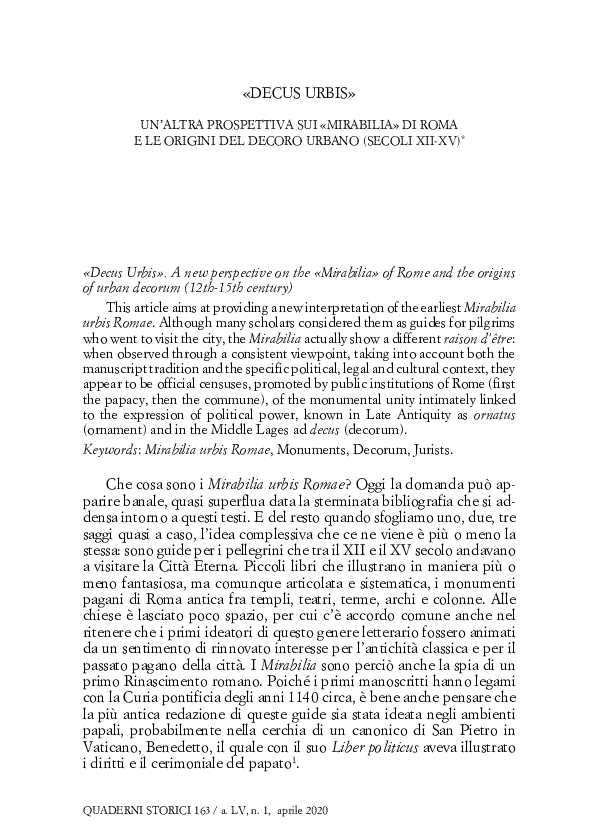