The article analyses a number of requests sent to the Vichy France authorities (1940-1944) by the victims of anti-Semitic persecution. In particular, it examines two types of requests identified in the CGQJ (Commissariat Général aux Questions Juives) files: applications for exemptions from professional restrictions, drawn up within set formalized procedures, and informal and dramatic supplications addressed to the state authorities, and often to Marchal Pétain in person, by relatives of internees in concentration camps. The essay highlights that, beyond the variety of linguistic registers and deferential approaches used, the requests document efforts by writers to (re)establish a legal bond between themselves and the national community they claim to belong to and from which, in turn, they demand protection and justice. In highlighting that these appeals constitute an integral part of a ‘competent’ action, and are not simply emblematic of a naive or straightforwardly unrealistic response by victims, this article seeks to make a contribution to the debate on 20th century petitions and supplications. 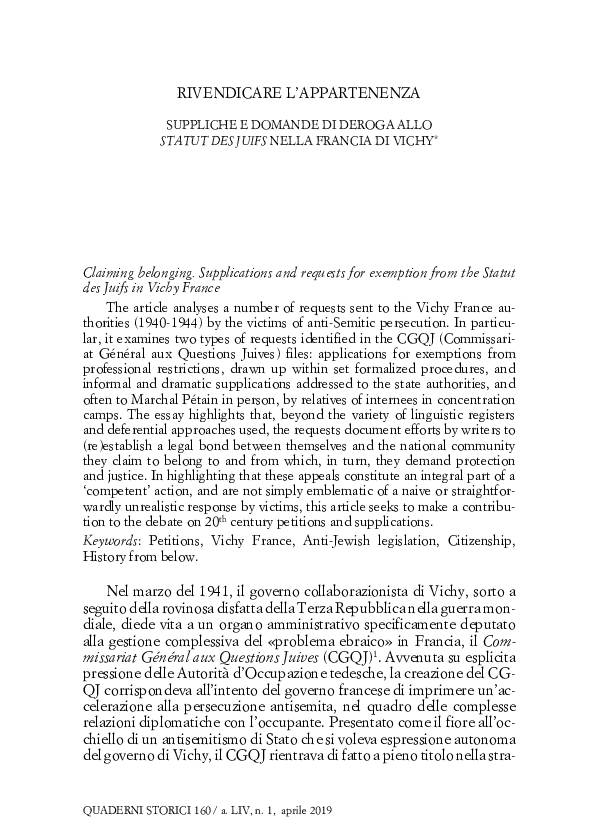