The publication of pattern-books for embroidery and lace work, which began in the 1520s, went on to enjoy extraordinary commercial success. Traditionally regarded chiefly as a virtuous domestic pastime for women, these activities have been considered devoid of any productive or economic significance. This essay, by contrast, connects their fortunes with the evolution of urban manufacture, specifically to transformations in the production of clothing and domestic furnishings for both men and women, particularly in Venice. It explores the reasons for the transition from embroidery on cloth, until the fifteenth century a monopoly of men, to precise needlework and the refinement of laceworking technique, now associated with female practitioners. This evolution thus encourages reflection on the fluidity of the sexual division of labor. In addition, however, embroidery pattern-books were not destined for workers, whether male or female, solely in the field of textile decoration. Rather, they also served as a repertoire of figuration adopted by a wide range of artists and artisans, such as metalworkers, goldsmiths, leatherworkers, and ceramists and potters. 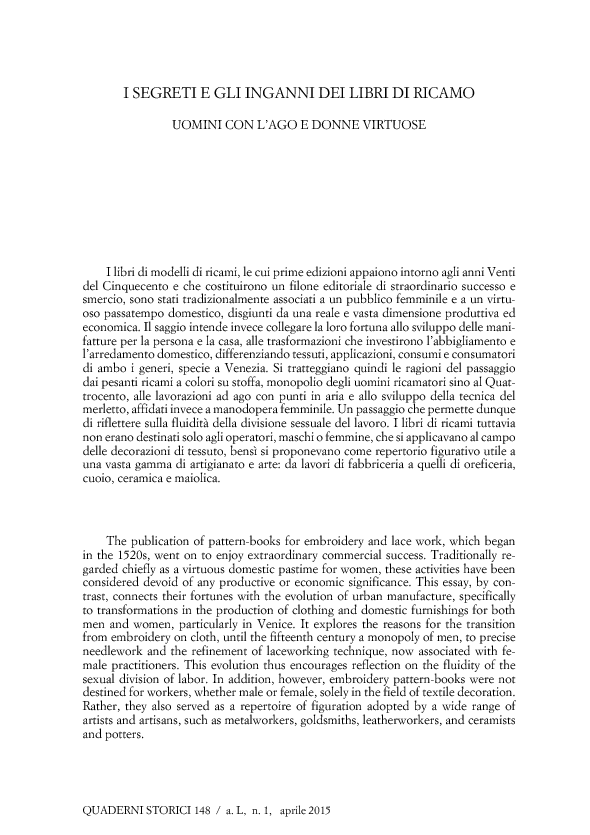