The historicity of the report that our societies maintain with space which they occupy is seldom taken into account. The object of this article is to give an outline of a particular instant to this historicity, by giving an additional dimension in this "world which we have lost". The case studied here is that of the quickest means of transport of persons, of the 18th century France: the horse-post. It is about a system of transport made of routes between cities; it functions due to the existence of very numerous relays on roads, which allows the passengers to always have fresh horses. At first, this institution is only at the service of the monarchy, but its use spreads in the society from the 17th century onwards. This technical network disappeared with the arrival of the railway. Beyond this restrained case, it is the question of the relation to measure and to technical and scientific presentation of space that will be treated. The French 18th century is that of two major works of geographical knowledge: the map of Cassini, and the metric system, both being intimately linked. The tension that will be mentioned here is the slow approval, even the slow appropriation of this knowledge in a society that for a long time values more the hardness of the trip than its scientific measure. 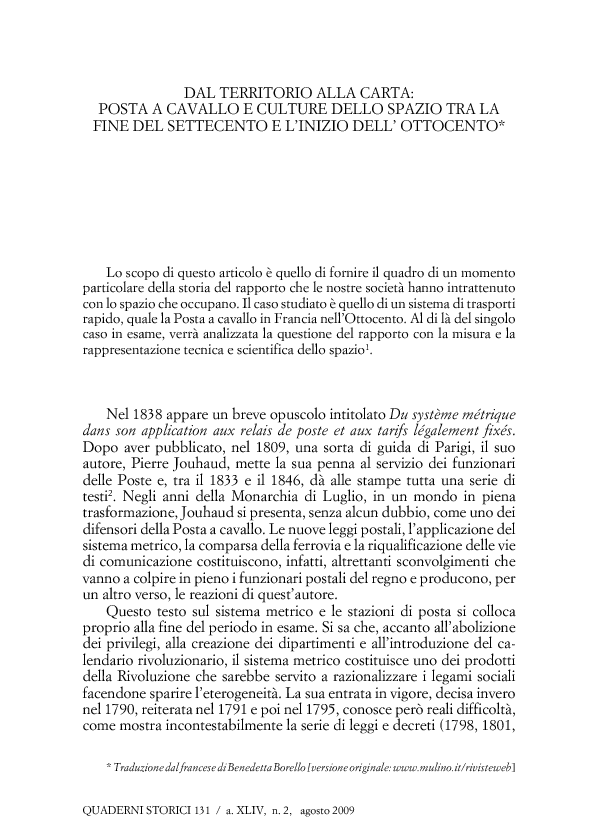